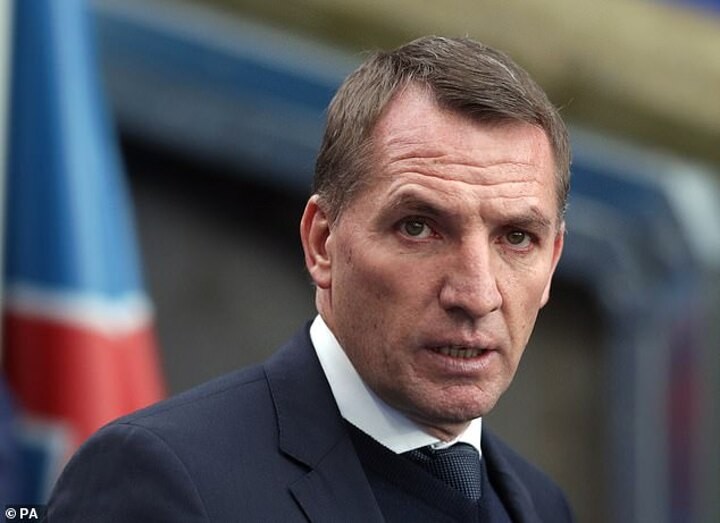 Brendan Rodgers warned James Maddison that he must make ‘better choices’ to fulfil his potential and admitted the recent Covid breach had been his most painful moment as Leicester manager.

The Foxes will attempt on Sunday to reach their first FA Cup Final since 1969 with Rodgers confident the air has cleared after Maddison, Ayoze Perez and Hamza Choudhury were three of the players to break lockdown rules by attending a gathering two weeks ago.

The trio were excluded from last weekend’s 3-2 defeat at West Ham as punishment but will be available for the Wembley meeting with Southampton. Maddison’s England ambitions are likely to have been dented by the incident, though, and Leicester boss Rodgers knows the playmaker risks being typecast if he errs again.

‘There's been a certain spotlight on James because he's a huge talent and he now knows that, clearly, you have to behave in a certain way,’ said Rodgers. ‘He made a wrong choice and hopefully he'll make a better one next time.

‘He wasn't the only one that stepped out of line. It's the same message for every player - people can make mistakes but you just don't want it to become your identity.

‘That is what's key for any player if you're working at the top end of the league and you want to be in European football. Of course there's a certain level of expectation on your behaviour to stay there.

‘For the few days after I found out, it was the lowest I’ve felt since I came here (in February 2019), but once the fog clears you look to move forward.’

Rodgers revealed the players involved had apologised to their team-mates. They trained again with the first-team squad this week after being asked to work alone last week, and Rodgers believes Leicester have now regained their focus.

Whether Maddison makes the starting XI is another matter. The 24-year-old has managed only one substitute appearance in nearly two months due to the recurrence of a hip problem.

Rodgers added: ‘Last week was awful for us but the energy is back in the squad. I'd be very hopeful that between now and the end of the season it will provide that little bit of extra spirit in our squad.’