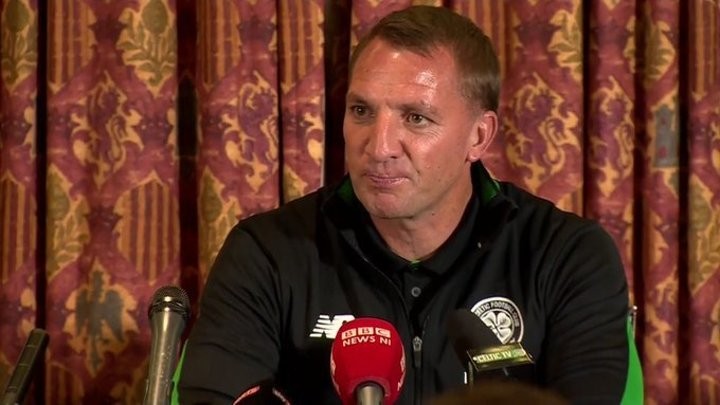 Leicester City manager Brendan Rodgers has revealed that he and his wife had coronavirus.

This therefore means that Rodgers is the second Premier League manager to have contracted the virus, after Arsenal boss Mikel Arteta.

"I could hardly walk and it reminded me of walking up Mount Kilimanjaro," Rodgers told BBC Radio Leicester.

"We had a week off when we were supposed to play Watford [March 14] and then the week after that, I started to struggle.

"For three weeks I had no smell or taste. I had no strength, and a week after, my wife was the same. We were tested and both of us were detected with the virus."

Back in 2011, Rodgers was part of a 17-strong team from the Football League that climbed Kilimanjaro to raise money for a cancer charity, just a matter of weeks after guiding Swansea City to the Premier League.

"It reminded me of when I climbed Kilimanjaro. The higher you went the more you suffered with acclimatisation and the harder it was to breathe," he added.

"I remember trying to run for the first time [after becoming ill] and it was hard to go 10 yards. I had no real appetite and it was a weird sensation of eating food without ever tasting and smelling what it was.

"It has made me really appreciate being fit and healthy."