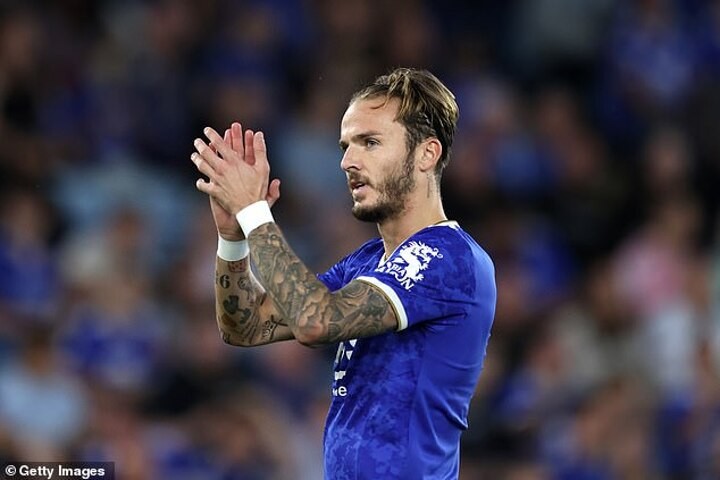 Brendan Rodgers has indicated that Leicester have received no bids for James Maddison despite strong interest from Arsenal in the playmaker.

As first revealed by Sportsmail in June, Maddison has been a strong target this summer for the Gunners, who have been working on a players-plus-cash deal.

But Maddison still has three years remaining on a £100,000-a-week contract and it is understood that anything less than £60million would be turned down flat.

Rodgers said: ‘I know he is very happy here and he wants to be here. If anything comes to the club, Jon Rudkin (director of football) would tell me straightaway and I would deal with it then, but there has been nothing that’s come my way.

‘I’ve not been told anything to say [he won’t stay]. He is happy in training and he is working hard, and he is a talented, important member of the squad.

‘He had his season disrupted by injury last year but hopefully this season he can show what a real top player he is.’

Maddison was known to have been hugely disappointed to be left out of the starting XI for the FA Cup Final in May, in which Leicester beat Chelsea 1-0 win the trophy for the first time.

The 24-year-old has been a key member of Rodgers’ squad since the Northern Irishman arrived from Celtic in February 2019 and he is in contention to start at Wembley on Saturday, when Leicester face Manchester City in the Community Shield.