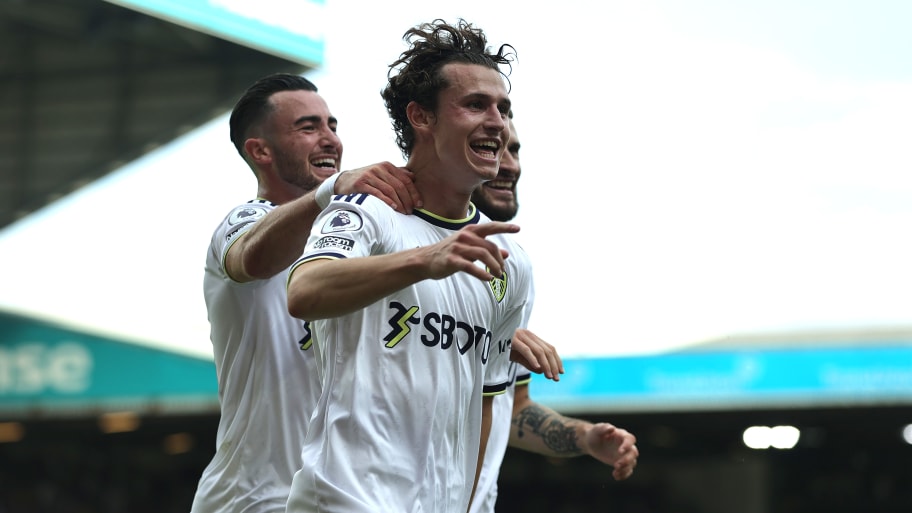 Brenden Aaronson has said he is claiming Leeds' winning goal in their 2-1 opening day victory over Wolves in the Premier League.

Leeds' winner has been officially recorded as a Rayan Ait-Nouri own goal, with both Aaronson and the Wolves defender sliding in to steer Patrick Bamford's driven cross into the empty net.

However, the summer signing from Red Bull Salzburg claimed he got a touch on the ball and insists he's taking credit for the all-important goal.

"I touched it! I was in there and it hit off my shin somewhere so I’m taking credit for it," Aaronson said post-match.

"We’ve been working on the back post run in training. You always have to be there. If I’m not there then the guy can clear it so making those runs helps."

The 21-year-old added that it was the perfect start to his Elland Road career as he opened up on the quality of the Premier League.

"It’s a big result. To start the season with three points is always great," he said.

"To win at home at Elland Road for the first time, it’s a wonderful experience for me and the team.

"You can tell how high the level is [in the Premier League]. Everyone is so technical. Wolves were tough, they moved the ball super well and got it out to the other side which hurts us because we like to compress and keep it on one side so that was tough.

"We fought through it and got the win and I thought we were good on the counter-attack."