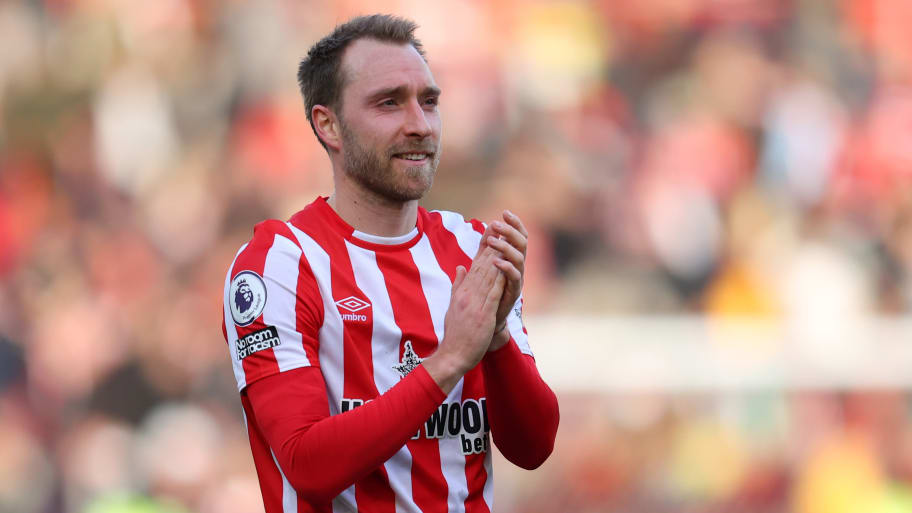 Brentford have not given up hope of re-signing Christian Eriksen despite rival interest from Tottenham and Manchester United, 90min understands.

The Bees signed the Dane on an initial six-month deal at the end of the January transfer window and he had a transformative effect on the team, helping to steer them away from an impending relegation battle as they finished 13th with 46 points.

The west London side have made it no secret that they want Eriksen to stick around in the long-term, though 90min understands he initially suggested he would be leaving the club when his contract expires at the end of June.

However, Brentford are continuing to push for the 30-year-old to stay and have made renewed efforts to re-sign him in the last few days.

Brentford head coach Thomas Frank, who the playmaker worked with in the Denmark youth setup at the beginning of his career, recently met with Eriksen in person to discuss his future.

Tottenham and Man Utd are also keen on Eriksen, though unlike Brentford, they do not consider him a priority signing at this point. West Ham have also been keeping an eye on his situation.

Spurs had been confident of signing Eriksen for a second time earlier this summer but have pressed ahead with moves elsewhere in the market - they have confirmed deals for Ivan Perisic, Fraser Forster and Yves Bissouma, while a deal for Djed Spence is still in the works.

If Eriksen doesn't end up back at Tottenham, then it's likely that he will indeed return to Brentford instead.


This article was originally published on 90min as Brentford refusing to give up in fight for Christian Eriksen.