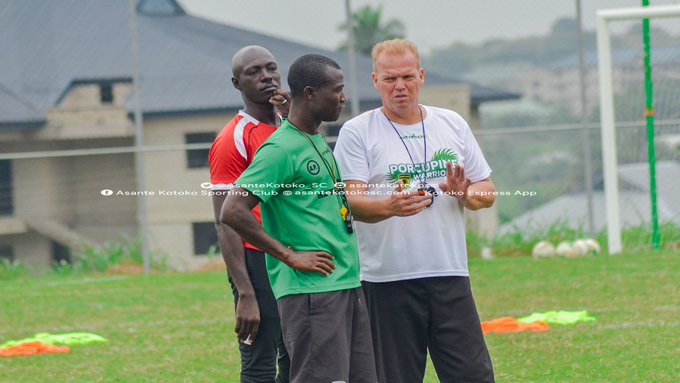 The Norwegian gaffer is believed to have taken kickbacks from players the club signed.

According to a source before Zachariassen recommended the signing of Musadiru Salifu, he had agreement with the player that should the deal go through he will take a share of GhC2000 as appreciation.

Salifu is a former Berekum Chelsea player who joined the Porcupine Warriors in July, 2019 upon the recommendation and approval by the Norwegian tactician.

Salifu fulfilling his part of the agreement made a mistake and paid more than the actual amount of GH¢2000 to the trainer.

He has since been demanding the remainder but the coach has been reluctant to pay.

Due to this, the player's agent has reported the attitude of the coach to management.

Zachariassen is under fire following the club's exit from the CAF Champions League.