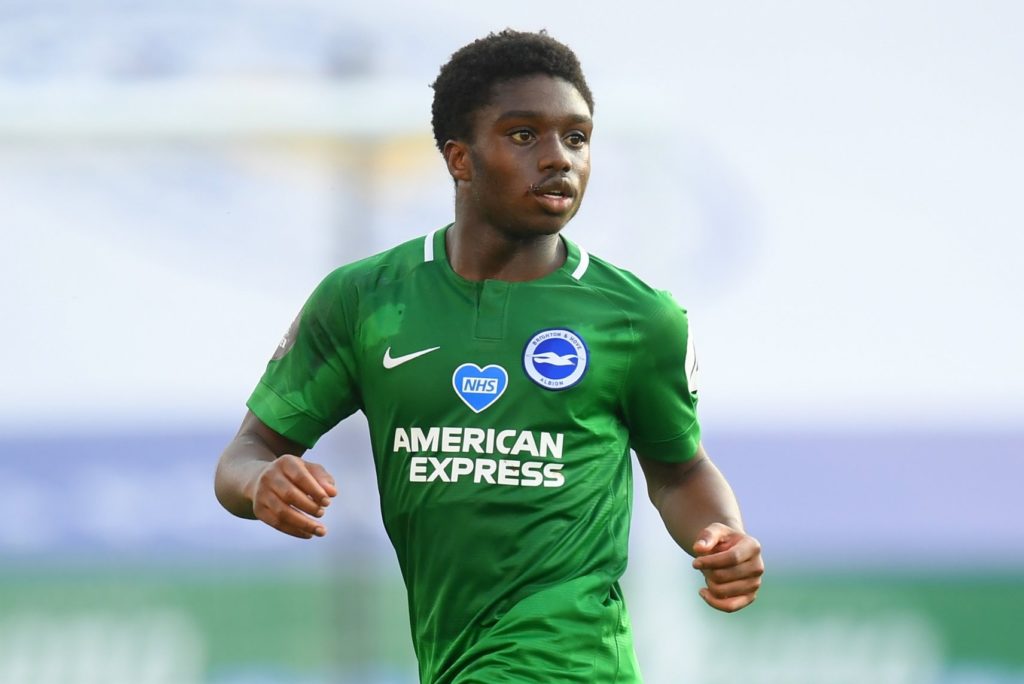 LEICESTER, ENGLAND - JUNE 23: Tariq Lamptey of Brighton looks on during the Premier League match between Leicester City and Brighton &amp; Hove Albion at The King Power Stadium on June 23, 2020 in Leicester, England. Football Stadiums around Europe remain empty due to the Coronavirus Pandemic as Government social distancing laws prohibit fans inside venues resulting in all fixtures being played behind closed doors. (Photo by Michael Regan/Getty Images)

Brighton manager Graham Potter has expressed his delight after Tariq Lamptey put pen to paper on a new contract.

Lamptey has been a revelation since joining the Seagulls, with his electric pace reportedly putting him on the radar of some of Europe's biggest clubs.

But Brighton have moved to end speculation of a transfer away by handing Lamptey a new deal, one year after his arrival from Chelsea.

He said: "We are delighted to see Tariq commit his long-term future here.”

"We knew his potential when we signed him a year ago, and hoped he would have a really positive impact on the club, and that has proved to be the case with his performances since June.”

"He has been the model professional, he works exceptionally hard, is a humble lad and is a team player. He fits in with everything we would want from a player, now it's about helping him reach his potential."