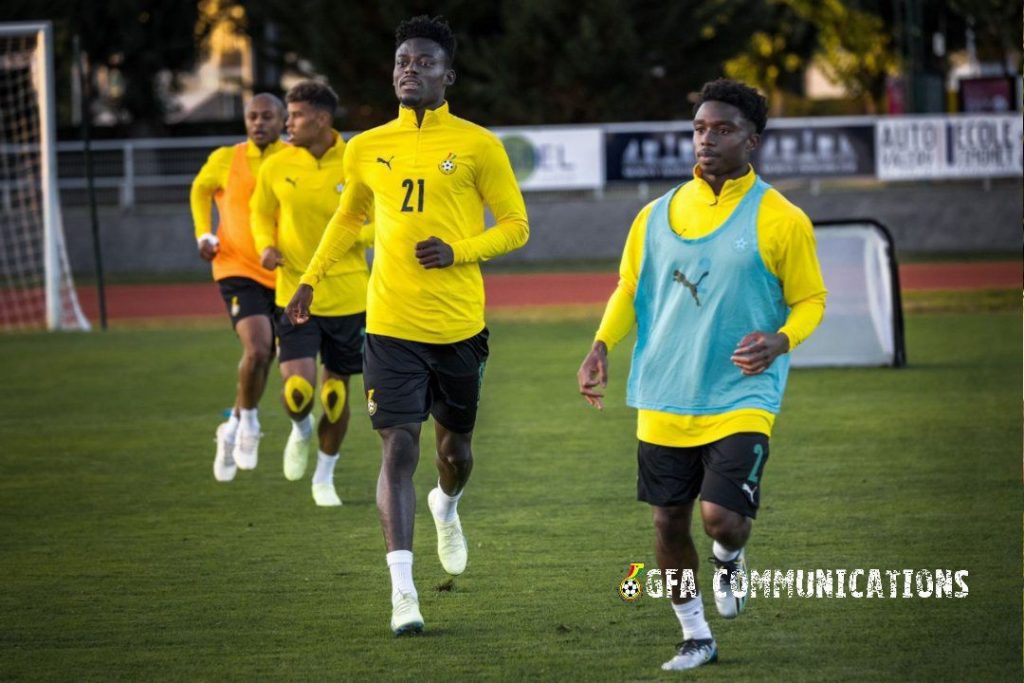 Brighton defender Tariq Lamptey is looking forward to making his debut for Ghana against Brazil on Friday.

The Black Stars play Brazil in Le Havre, France as part of preparations for the 2022 World Cup to be staged in Qatar.

The 21-year-old left-back was included in the Black Stars squad by coach Otto Addo for the first time ever after shifting his allegiance to represent the West African nation ahead of England.

Lamptey, who was born in England to Ghanaian parents, had already represented the Young Lions at U18 and U21 level before Ghana Football Association approached him to shift his nationality, which he obliged and was confirmed in July, 2022.

The former Chelsea academy graduate joined the Black Stars camp on Sunday and has been preparing with his new national teammates ahead of the two international friendlies.

The Brighton wing-back spoke about the warm reception received since joining the Black Stars camp and is hoping to make his first appearance in this big game.

“I’m looking forward to the game on Friday. In this game, we are preparing very well and we all want to be ready for Friday."

“Training has been really good. Getting to know everybody. There is very high quality here and we are working hard in training and listening to what the coach has to say.

“Everyone has been fantastic, everyone has been welcoming, it feels like a family here. It’s been so good. I’m very proud to be here and I’m really just trying to train hard to give the best I can for the team."