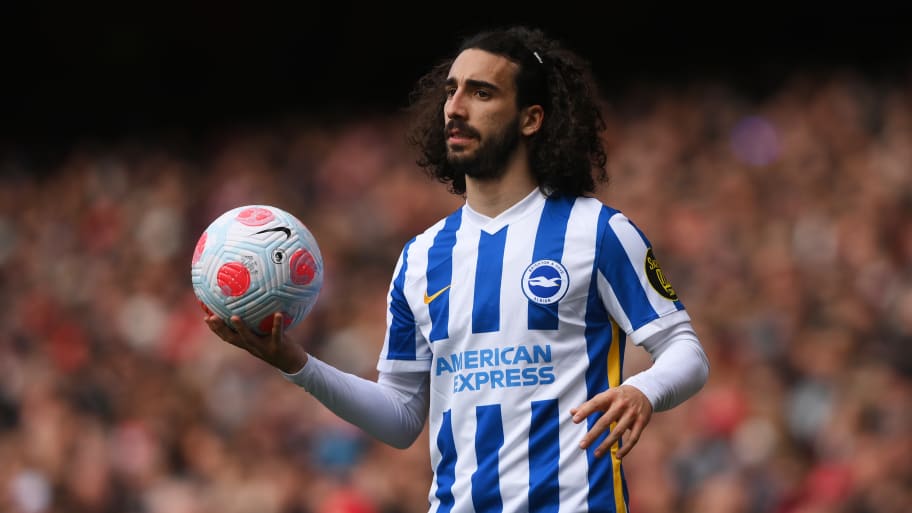 The Citizens have been monitoring the Spanish defender all summer and with Oleksandr Zinchenko set to depart for Arsenal, Pep Guardiola is looking for a replacement and Cucurella is his first choice.

90min understands that Guardiola and City have been doing their homework on Cucurella, and that is normally a precursor to a bid from the Premier League champions.

City are now understood to be readying an offer for Cucurella, who showed last season he can play centrally as well as his natural position at full-back.

Sources have confirmed that Brighton will be demanding a fee well in excess of the £50m they received when selling Ben White to Arsenal.

23-year-old Cucurella signed a five-year contract upon arriving at the AMEX last year and impressed in his first season in the Premier League, winning Brighton's player of the year award as they finished ninth, their best ever finish in the division.

Zinchenko is set to join Arsenal in a deal in excess of £30m, having agreed a long-term contract with the Gunners. The Ukrainian was happy at City, but has now taken the chance to reunite with Mikel Arteta and play more regularly in midfield.

Brighton have had a modest window so far, bringing in Paraguayan prodigy Julio Enciso and losing midfielder Yves Bissouma to Tottenham. Leo Ostigard has also moved to Napoli as their replacement for the recently departed Kalidou Koulibaly, who is now at Chelsea.

This article was originally published on 90min as Brighton expecting Man City to make move for Marc Cucurella.