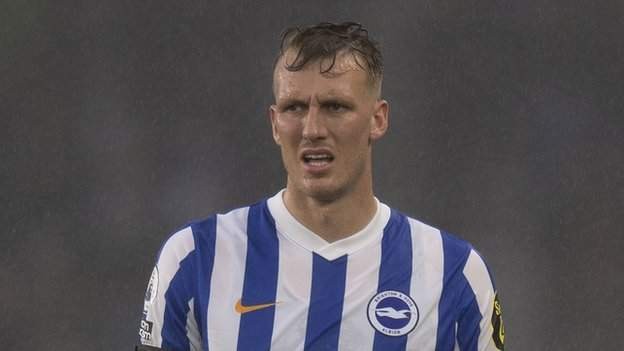 Burn signed for Brighton in 2018 from Wigan Athletic.

Brighton have rejected a £7m bid from Newcastle for defender Dan Burn.

The 29-year-old comes from Blyth and was at Newcastle as a youngster.

However, Brighton believe Newcastle's bid comes nowhere near their valuation, particularly as they would have to pay part of any fee to Wigan as part of the deal that saw Burn join them in 2018.

Burn has become one of the most valued members of Graham Potter's side, proving his versatility across the backline.

He has played in central defence as part of a two or three-man partnership, as well as at left-back or left wing-back.

Burn still has 18 months of his present contract remaining.