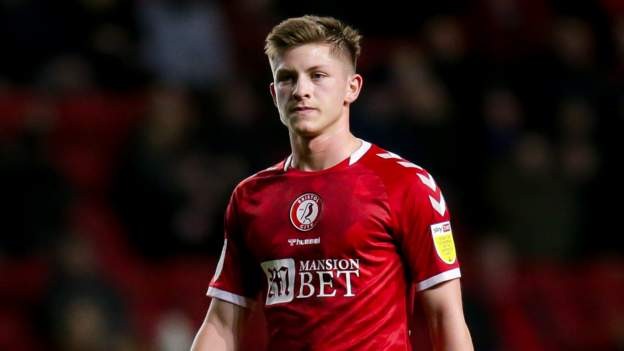 Bristol City midfielder Ayman Benarous is out for the rest of the season after re-rupturing his anterior cruciate ligament.

The 19-year-old first suffered the injury in training in May this year and has undergone surgery this winter.

Benarous, who progressed through the Robins' academy, made his first-team debut for Bristol City last season.

He went on to make 11 appearances in the Championship and FA Cup and signed a new deal until 2025 in February.

"He's had a bit of bad news but he's had surgery again so that really will be his season over."

Kal Naismith is available for the team's next Championship match against Rotherham this weekend and Pearson remains hopeful defender Thomas Kalas will be back in the team before Christmas.

Kalas has only played twice since March due to a groin injury.

"He's been very frustrated because just when it looks like he's on the cusp of coming back, something else has occurred," Pearson said.

"It has been a bit of a frustrating time for him but I think as long as we get him back and he stays fit, that's another player of calibre at this level for this squad. Look at the positive aspect of it.

"He'll be back before long and will be playing for a contract like many other players."

Bristol City restart the Championship season in 18th place and without a win in the league in their last five matches before the World Cup break, where they scored only two goals.

"Early on in the season we were scoring lots of goals, but conceding too many," Pearson added.

"Goals have not dried up but they've been harder to come by and we need to try and reproduce that kind of form.

"An important factor in that will be keeping key players fit and available and making sure that we fulfil our potential every time that we play."