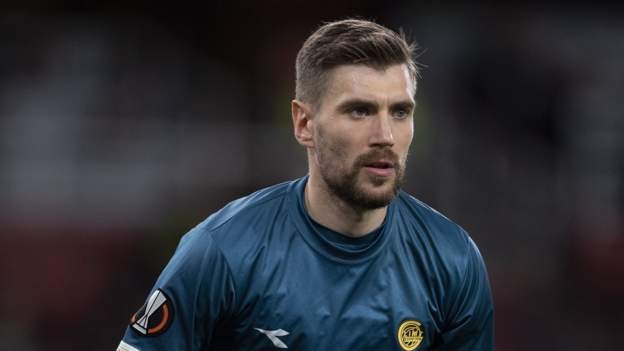 Bristol City have signed goalkeeper Nikita Haikin on a deal until the end of the season.

He replaces Dan Bentley, who left the Robins earlier on Wednesday to join Premier League side Wolves.

Haikin had been a free agent after leaving Norwegian side Bodo/Glimt, where he had played since 2019 and won the domestic title in 2020 and 2021.

The 27-year-old made 121 appearances for the club, including starting in this season's Europa League.

Haikin played for Chelsea, Portsmouth and Reading as a youth player before playing for clubs in Israel and Russia.