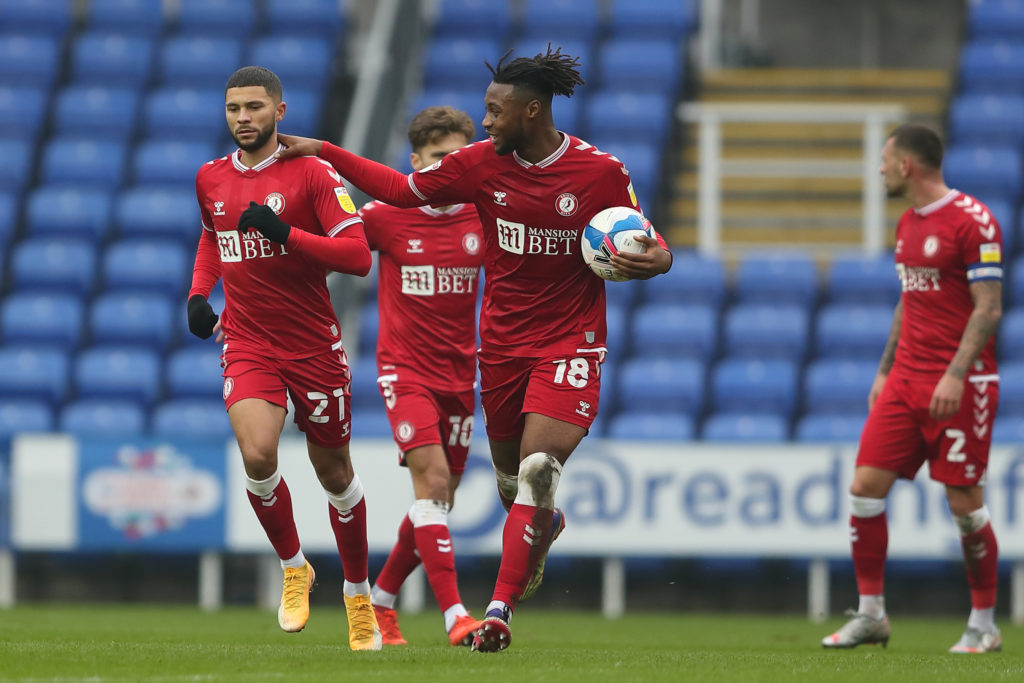 READING, ENGLAND - NOVEMBER 28: Nahki Wells (left) of Bristol City celebrates after scoring a goal to make it 1-1 with Antoine Semenyo (right) during the Sky Bet Championship match between Reading and Bristol City at Madejski Stadium on November 28, 2020 in Reading, England. Sporting stadiums around the UK remain under strict restrictions due to the Coronavirus Pandemic as Government social distancing laws prohibit fans inside venues resulting in games being played behind closed doors. (Photo by James Williamson - AMA/Getty Images)
Share

Bristol City will activate a clause in Antoine Semenyo's contract that will keep him at the club for another year.

Semenyo's contract is set to expire in the summer of 2023, which means he'll be in his final year when the current season concludes.

However, reports claim the Championship club are about to trigger another extension, which will keep him at the club for an additional year.

This was after Celtic sent scouts to watch Semenyo play against Reading in February.

However, the player's valuation appears to be a little high. It is believed that Bristol want £20 million before selling.

They will only begin to consider offers if they are offered at least £15 million.

Semenyo has been involved in 20 goals, scoring eight and assisting 12, in 31 league matches this season.

He has committed his international future to Ghana despite being born in London and England showing interest.