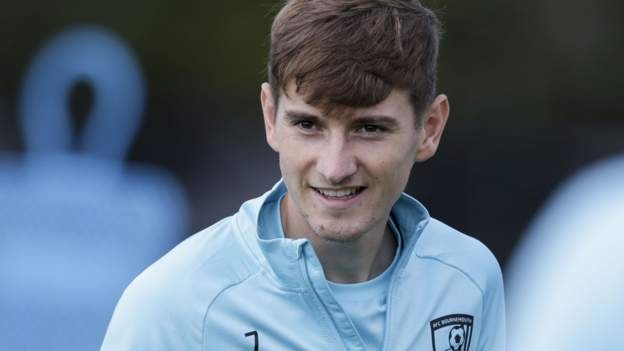 Wales international Brooks, 24, confirmed on Wednesday he will begin treatment for Stage 2 Hodgkin lymphoma next week.

"The players will do everything they can to make sure he and his family will be supported throughout this."

Former Sheffield United player Brooks has scored three goals in nine appearances for the Cherries this season and was on international duty when the illness was first detected by the Wales medical team.

Parker, whose father passed away from cancer 10 years ago, says the club have rallied around Brooks in recent days.

"The main focus now is supporting him, his family and getting him through what will be a tough time," he said.

"We will get the mechanisms in place to give him the strength and help him pull through, which will be difficult.

"He's on the road to recovery now, he will come out the back of this and he's going to be fighting and be the best David Brooks we all love and know."

Hodgkin lymphoma is a cancer of the lymphatic system, an important part of the immune system.

Parker began working with Brooks following his appointment as Bournemouth head coach in June and has spoken in depth with his squad since his diagnosis.

"The conversations I have had so far with the players are ones where we will support him through everything," he said.

"We're all determined to make sure we can get him back out doing the stuff he loves. My one focus for the past week has been making sure he is in the best place, seeing the best people and getting the best treatment.

"That's not just me though, that's everyone at the football club."

Cherries supporters are planning a minute's applause on seven minutes for the midfielder, whose squad number is seven, during their Championship fixture at Bristol City on Saturday.

Bournemouth goalkeeper Mark Travers says the whole squad are behind Brooks after learning of his diagnosis.

"We were all shocked and saddened when we heard the news," he told BBC South Today. "He's a massive part of this club and such an unbelievable talent.

"The main thing is that he's fit and healthy and make sure that we're strong for him and keep getting results."