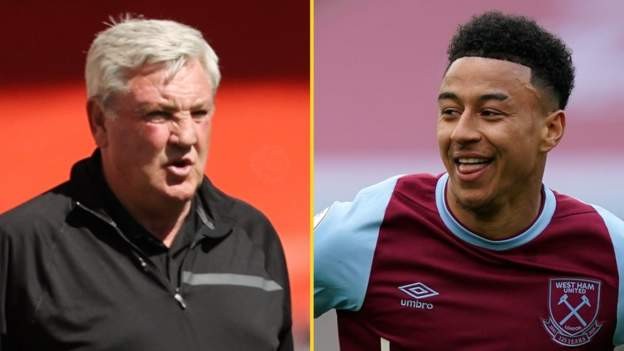 Bruce (left) led Newcastle United to wins over Burnley and West Ham, as well as draws with Tottenham and Liverpool during April

Newcastle United boss Steve Bruce has been named as the Premier League manager of the month for April.

It is the first time Bruce has won the award and comes after his side earned eight points from 12 during the month to ease their relegation fears.

"I've been going a long time to get one," said 60-year-old Bruce, who has taken charge of 465 top-flight games.

Jesse Lingard, who is on loan at West Ham from Manchester United, won the player of the month award.

The 28-year-old England midfielder scored four goals and claimed an assist for the Hammers in April as he also won the award for the first time in his career.

"[West Ham manager David Moyes] has shown faith and given me the freedom in each game to go and perform," he said.

Salford's 'Mr Big': Paul Massey's rise in the criminal underworld through violence and extortionDive into 2010s nostalgia with our quiz: How much do you remember about music from the last decade?