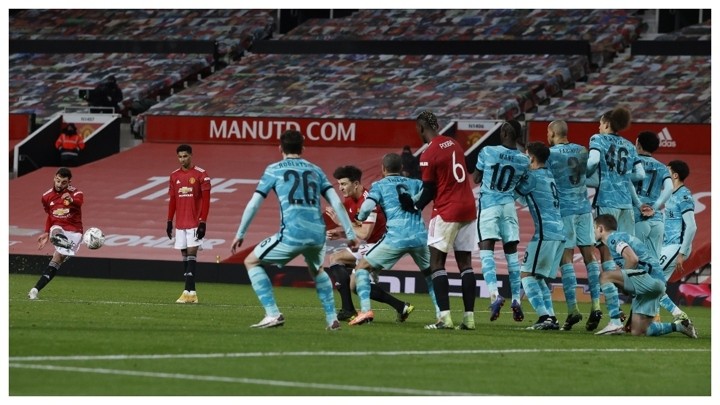 After a tough run of games some have suggested that Bruno Fernandes looks tired, but the Manchester United midfielder has hit back and rubbished the notion.

Fernandes has been sensational for Manchester United since arriving from Sporting CP a year ago, but that hasn't been enough to fend off the critics.

In 51 games the Portugal international has scored 28 goals and provided 18 assists, but after starting on the bench against Liverpool before coming on to score the winner, there are rumours of fatigue setting in.

"I will play one game in five so, no, I'm not tired. Of course the coach knows what is better for the team and today he choose to play with Donny [van de Beek] to give some freshness to the team."

Meanwhile, Ole Gunnar Solskjaer has revealed that Fernandes had been working on his free kicks in the build-up to the FA Cup tie, so it was no surprise to see him score one to knock Liverpool out.

"When you leave him out, like I had to do today, he stayed about 45 minutes after training yesterday shooting free kicks. So, I was quite confident he'd hit the target today," said Solskjaer.

"He's never happy with me when I tell him to go inside if he's playing the day after, so he got some practice."