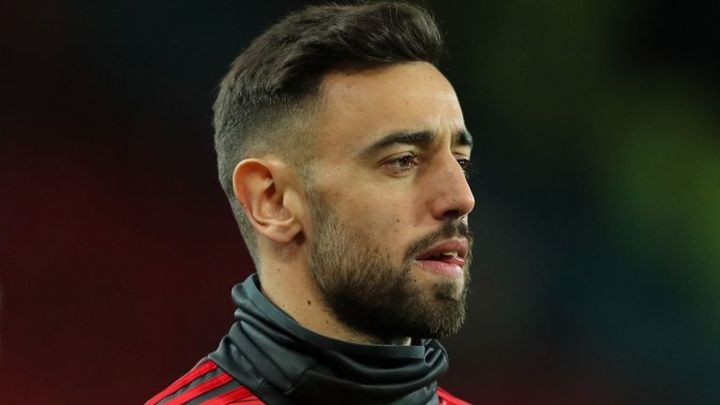 Luis Figo says Bruno Fernandes is a "good buy" for Manchester United as there is a shortage of talented players in the current generation.

Fernandes joined United in January on a five-and-half-year contract from Sporting Lisbon for an initial fee of around £46.6m, with potential add-ons taking the overall deal to £68m.

Figo believes the 25-year-old midfielder has the ability to eventually step into a big role at Old Trafford but urged caution against comparisons with former United players Cristiano Ronaldo, Eric Cantona and Carlos Tevez.

"He is a different player, he is not a striker [but] a midfielder," Figo, who joined Real Madrid for a then world-record transfer fee in 2000, told Sky Sports News ahead of the Laureus World Sports Awards.

"In these days the market is not so big so it is different to find players because everyone is looking for that and the production of talent is not as huge as in other generations.

"So sometimes you have to buy different players."

Fernandes, who scored 63 goals in 137 games for Sporting, made his United debut against Wolves and is expected to start against Chelsea on Monday, live on Sky Sports.

Figo says the success of his countryman will depend on how quickly the midfielder can adjust to English football.

"He is one of the best football players in Portugal," he said.

"He is in the international team, a midfielder that can score. He has the quality to [score a] goal and to be in the box.

"I think it was a good buy, I just hope that he can adapt as soon as possible to a different league."

The 20th anniversary Laureus World Sports Awards take place in Berlin on February 17, honouring the greatest sporting triumphs of 2019, and celebrating the power of sport to transform the lives of millions of young people. #sportunitesus #laureus20