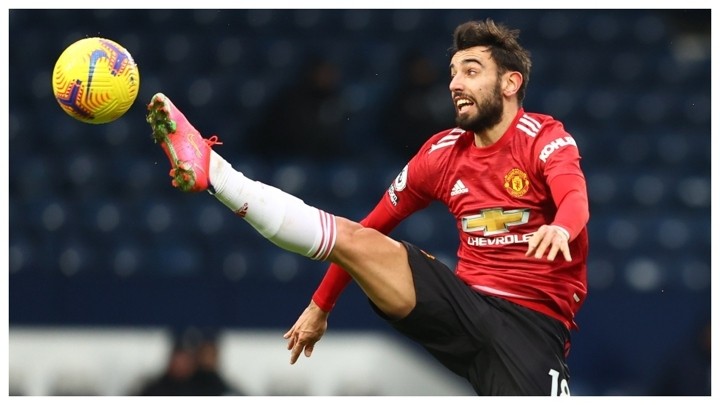 Bruno Fernandes has had an incredible impact since joining Manchester United from Sporting CP a little over one year ago.

The Portuguese midfielder, since arriving at Old Trafford, has scored 34 goals and assisted a further 20 in just 59 matches.

Fernandes' staggering goal contribution of 54 puts him level with Lionel Messi over the same period, who has scored 33 and assisted 21.

Only one player in Europe's top leagues can claim to beat the pair of them: Robert Lewandowski, who has scored 54 and assisted 14.

Fernandes also stands out in another category: being one of only three players in Europe's big five leagues to reach double digits in goals and assists so far this season.

The 55 million euros it took to sign Fernandes last January could scarcely have been better spent by Manchester United, as he continues to confirm his status as a top player and proving that the 32 goals which made him the continent's top-scoring midfielder in 2018/19 for Sporting were not a fluke.