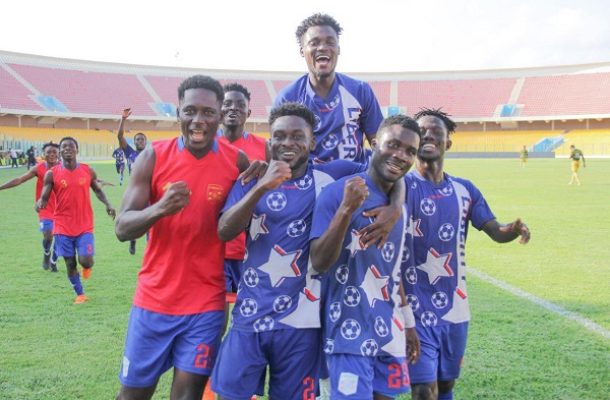 This season’s edition will kick off on Tuesday, August 16, 2022 at Kyebi Presbyterian Astro Turf in the Eastern Region. In this episode, we bring you a brief profile of one of the participating clubs – Liberty Professionals FC - a Dansoman based Division One side who are paired with in Group A with Nsoatreman FC, Akyem Oda Kotoku Royals and Cape Coast Mysterious Ebusua Dwarfs.

Read on for the profile of Dansoman Liberty Professionals:

Liberty Professionals was founded in 1996 by Accra-based businessmen Felix Ansong and the late Alhaji Ibrahim Sly Tetteh. The club was one of the earliest in Ghana to adopt a professional approach to the management of a football club as they gained promotion to the Ghana Premier League in 1998 – within their second season of existence.

In July 2021, the club was relegated to the Division One League at the end of the 2021/22 season after 22 years in the Ghana Premier League since gaining promotion in 1998.

Liberty Professionals are located at Dansoman - a suburban town in the Greater Accra Region of Ghana, located in the Ablekuma West Municipal Assembly. They play their home matches at the Carl Reindorf Park located at the Dansoman Keep Fit Club.

The Scientific Soccer lads came very close to staging a swift return to the Premier League but were hard done by a home loss to Golden Kicks FC in the penultimate match of the season. That infamous home defeat affected their chances of progressing as Kotoku Royals pounced on for the sole ticket in Zone Three.

Liberty Professionals are poised to compete in the 2nd edition of the Division One League Super Cup after finishing 2nd in Zone Three. The tournament is scheduled for the Kyebi Presbyterian Astro Turf from Tuesday, August 16 – Friday, August 26, 2022.