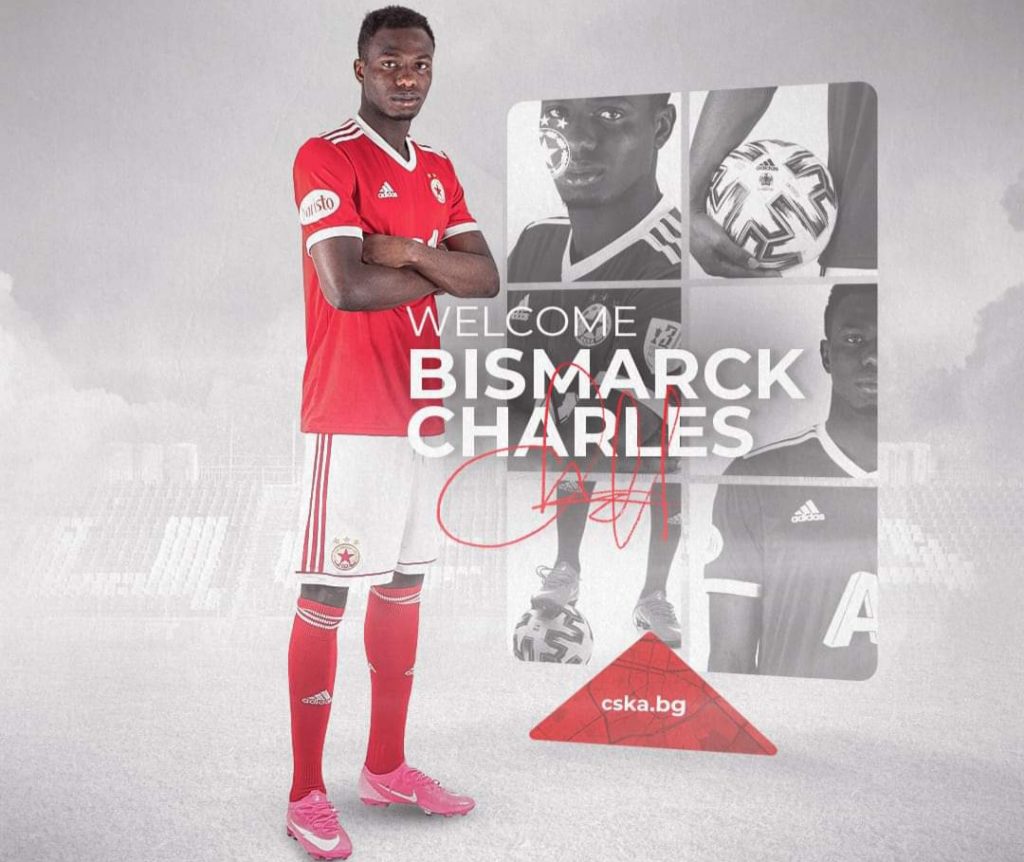 The young striker is being signed from Kosovan side FK Trepca as negotiations have been concluded.

The 19-year-old spent a trial period with the club and impressed the technical staff with his performances.

At the beginning of 2020 Charles landed in the Kosovo top division KF Vushtrria, where he scored 4 goals in 9 games.

His outstanding performances saw him make a move to Trepca in August 2020.

Charles had a scintillating campaign in the Kosovan top-flight before joining the Bulgarian side this January.

He scored 6 goals in 17 matches for Trepca which caught the attention of many clubs including CSKA.

The talented striker has been part of Sofia's training camp in Turkey and has played in friendly matches where he has impressed.