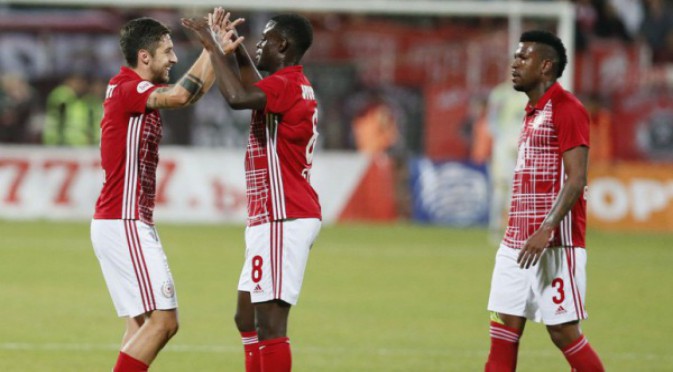 Bulgarian side CSKA Sofia will allow Ghana winger Edwin Gyasi to leave in the summer, if a club comes with the right offer.

The winger was criticized for his lackluster display in Sofia's goalless draw against leaders Ludogorets last Saturday.

Together with Brazilian Jefferson, the pair have been identified as wanting to leave the club due to their lukewarm attitude.

Gyasi has been on the radar of several clubs from Germany and France and according to reports in Bulgaria, the 27-year old is forcing a move out.

The former Aaeslun winger started the season brightly, netting 5 goals in 28 appearances making him a fan favourite at the club.

CSKA Moscow will agree to part ways player for an amount in excess of a million Euros.

The Amsterdam born Ghana international will be hoping to make coach Kwesi Appiah's team for the Nations Cup in Egypt, after making a couple of appearances in the qualifiers.