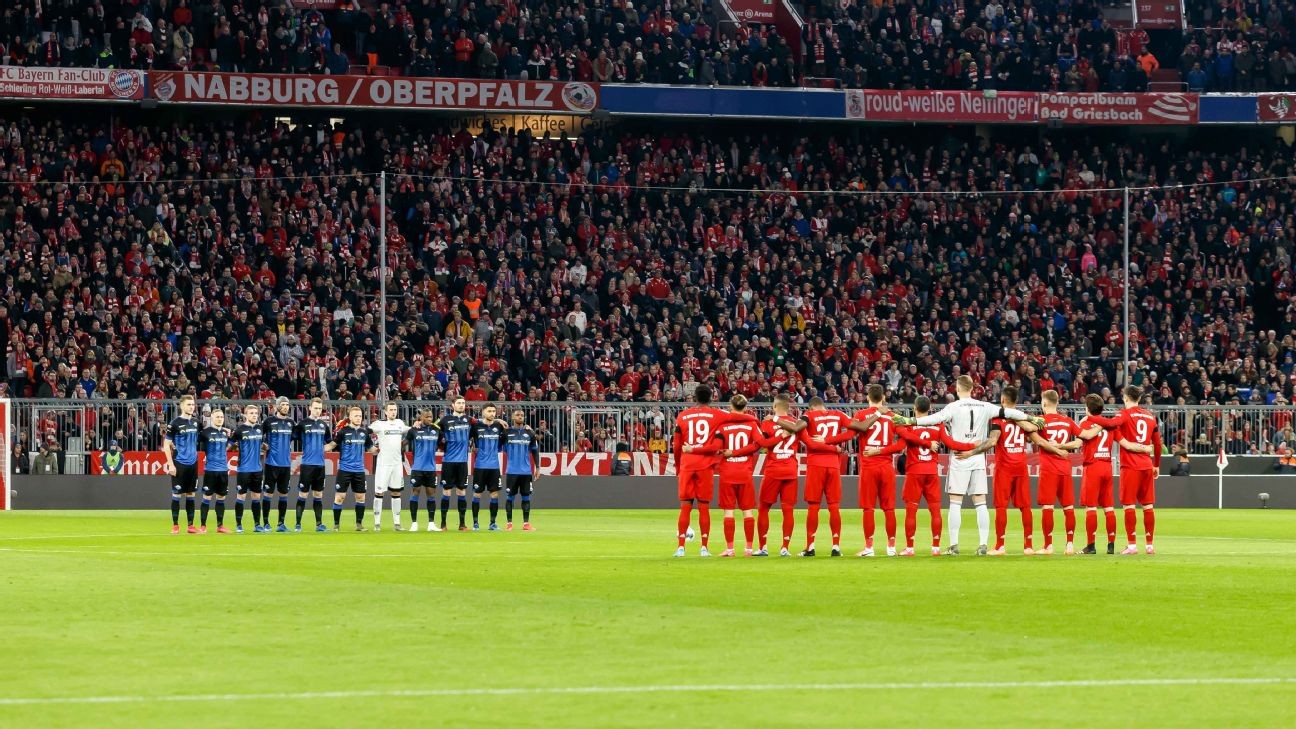 Chants of "Nazis Out" could be heard in stadiums across Germany over the weekend as supporters held a minute's silence for the victims of the Hanau terror attack.

On Wednesday, a 43-year-old German opened fire and nine killed people in a shisha bar within the city's Muslim community and later at another location. The man was subsequently found dead at his home next to the body of his mother.

German football paid homage to the victims and anti-Nazi chanting could be heard at several top-tier stadiums, including Werder Bremen's Weserstadion and Hertha Berlin's Olympiastadion.

A banner made by Bayern Munich supporters and held aloft before their 3-2 victory over Paderborn on Friday read: "Nazis are murdering and all of us watch. That's the German core culture."

While, during their 2-0 defeat at home to Borussia Dortmund, Bremen fans displayed a banner with the words: "Remembering the 209 people killed by far-right violence. Stop right-wing terror!"

The protests and minute's silence for the victims of the recent terror attacks reached down into the lower tiers of German football.

In Berlin's regional division, several clubs took to the field with bi-lingual "It's Enough!" banners in German and Turkish, listing some of the far-right murders against people with Turkish background underneath.

"In football, inside the stadium and outside, hate, xenophobia and racism have no chance," DFB president Fritz Keller told German TV station ARD on Saturday.

There has been a rise of racist incidents in German football in recent months. Last March, Germany internationals Ilkay Gundogan and Leroy Sane were targeted by two men who racially abused the Manchester City players.

At a recent cup match, Hertha Berlin defender Jordan Torunarigha said he was racially abused by parts of the home supporters at Schalke 04's Veltins Arena.