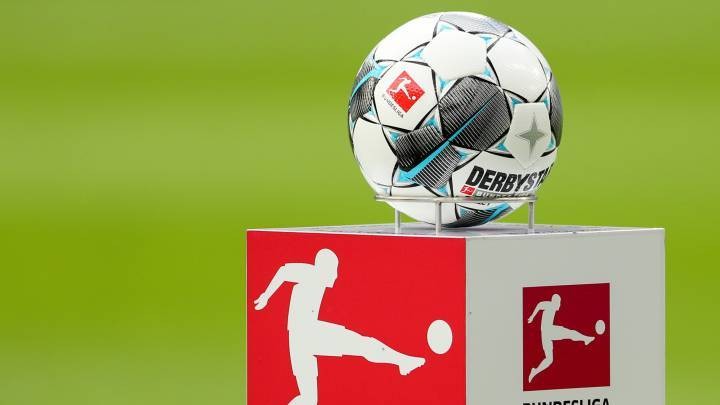 According to German daily 'Bild', the top two tiers could resume in the second week of May with matches being played without the public. The third division could start on 16 May.

The Bundesliga could be resumed on 9 May - albeit without the public, German daily Bild reports in Friday's edition. The German league has been on hold since it was suspended on 13 March due to the coronavirus outbreak.

According to Bild, games are more likely to resume in the second week of May rather than on the weekend of 2 May - an option put forward earlier this week by the German Football League (DFL), the organisation who will make the final decision as to when competition restarts. "For the moment, we are only discussing plans - everything else will depend on a lot of other external factors," a DFL spokesman explained.

The DFL have been studying the logistics of resuming the domestic season and one of the key factors will be holding games behind closed doors with a maximum of 126 people being allowed to attend - that figure includes players, coaching and medical staff, four ballboys, stadium security, representatives from both clubs and a maximum of 30 journalists.

The Bundesliga, which includes the top two divisions in Germany, is officially suspended until 30 April. The third division, which is under the remit of the German Football Federation (DFB) is hoping to resume on 16 May - also without the public for health and safety reasons.

DFB president Fritz Keller warned that it is likely that many German clubs will not survive the economic aftermath of the coronavirus pandemic - including clubs in the top flight.

Germany is one of the four countries with the highest number of positive coronavirus infection cases - with 118,235 cases confirmed as of this morning (5,323 new cases during the last 24 hours) and 2,607 deaths according to the Robert Koch Institute (RKI).