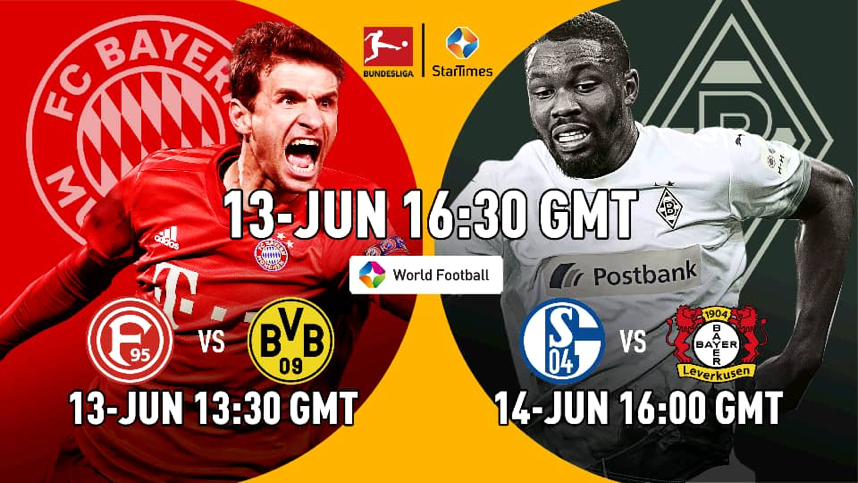 In the 1970s the top game in German football was the clash between Bayern Munich and Borussia Mönchengladbach.

Between 1969 and 1977 the two clubs won nine Bundesliga titles in a row, with Bayern lifting the Salad Bowl – as the Bundesliga trophy is affectionately known – four times, while Mönchengladbach managed that feat five times.

But since then, their fortunes have gone in opposite directions. Bayern have added 24 titles, while their opponents in Saturday’s game in the Allianz Arena had to wait until 2008 to win another Bundesliga title - which disappointingly was the second division title after having been relegated the season before.

On Saturday Bayern could win an unprecedented eighth title – if things go their way.

Currently sitting first on 70 points – seven more than Borussia Dortmund, a win for Bayern and a defeat in an earlier match on Saturday in Düsseldorf for Dortmund would see the club from the Bavarian capital win their 30th overall German title.

At the end of 2019, Bayern were four points behind Leipzig in second place, but 11 wins with just one draw has seen them race into - what seems – an insurmountable lead.

And the Bundesliga title is not the only one that is likely to go to Bayern as Robert Lewandowski, who added yet another goal to his already impressive tally in Bayern’s 4-2 victory at Bayer Leverkusen, has a five goal lead at the top of the scorer charts.

The Polish international is on 30 goals and with four matches to go, seems destined to beat the 30 goal-mark for the first time in his Bundesliga career.

Lewandowski though will only have three games to get a record-breaking 31st goal as he received his fifth booking against Leverkusen and – like team-mate Thomas Müller – received a one match suspension and will not be available against Mönchengladbach.

Bayern coach Hansi Flick said the two suspensions were irritating. “But we will see two other players in the team on Saturday. That is a good thing.”

Mönchengladbach will be without Alassane Plea who was sent off in his side’s 1-0 defeat.

For the Foals there is plenty at stake though, as one point from the last three matches has seen them slip down to fourth – equal on points with Leverkusen who are fifth.

With fourth qualifying for the Champions League play-offs, Marco Rose’s side will be eager not to fall behind, but then a victory in Munich could be too tall an order.

African football fans will be able to see if Bayern can add yet another Bundesliga title to their name on Saturday as all the Bundesliga matches will be broadcast live and exclusively on the football channels of StarTimes, Africa’s leading digital-TV operator.