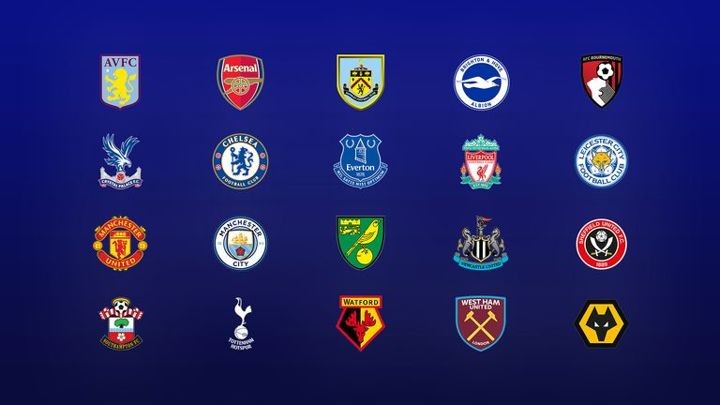 There have been only three home wins in 22 Bundesliga games played behind closed doors, which suggests home advantage is wiped out without fans.

That ratio represents a 30 per cent slump for success on home soil since the league restarted and underlines how fans in the stands are the key component to home advantage.

According to a study published by The Conversation, home teams win 46 per cent of games on average - but that figure is slashed to just 36 per cent for the 191 games played behind closed doors since WWII.

How will this affect Premier League clubs?

Rock-bottom Norwich have collected nearly three quarters of their points at home - averaging more than one point per game at Carrow Road, but only 0.4 on the road.

Aston Villa still have a realistic chance of avoiding the drop but rely heavily on home form, along with fellow relegation battlers Bournemouth, Watford and Brighton - as have Spurs in their hunt for European qualification.

Conversely, Southampton, Chelsea and Wolves are the only clubs to perform better away from home, while Sheffield United have received only a marginal boost at Bramall Lane during their sensational campaign.

Teams with more home fixtures remaining would lose a boost from their 'twelfth man', and teams with more away games to play would gain.

Aston Villa and Manchester City each have a league-topping six home games left to play. The data above suggests home form has a marginal effect on City - but it could still dent their slender four-point lead over Leicester.

However, it could be a decisive factor for Villa, for whom the margins are even slimmer in the battle for top-flight survival - losing home support against Sheffield United, Chelsea, Wolves, Manchester United, Crystal Palace and Arsenal.

A big part of Villa's success on home soil could be their considerable support from the stands, with an average attendance of 41,661, which ranks eighth highest in the league - above Chelsea and Everton.

So Bundesliga results and studies suggest Premier League teams fighting relegation stand to lose most if games are played behind closed doors, while Brighton must host both Manchester clubs, Liverpool, Arsenal and Newcastle in front of empty stands.