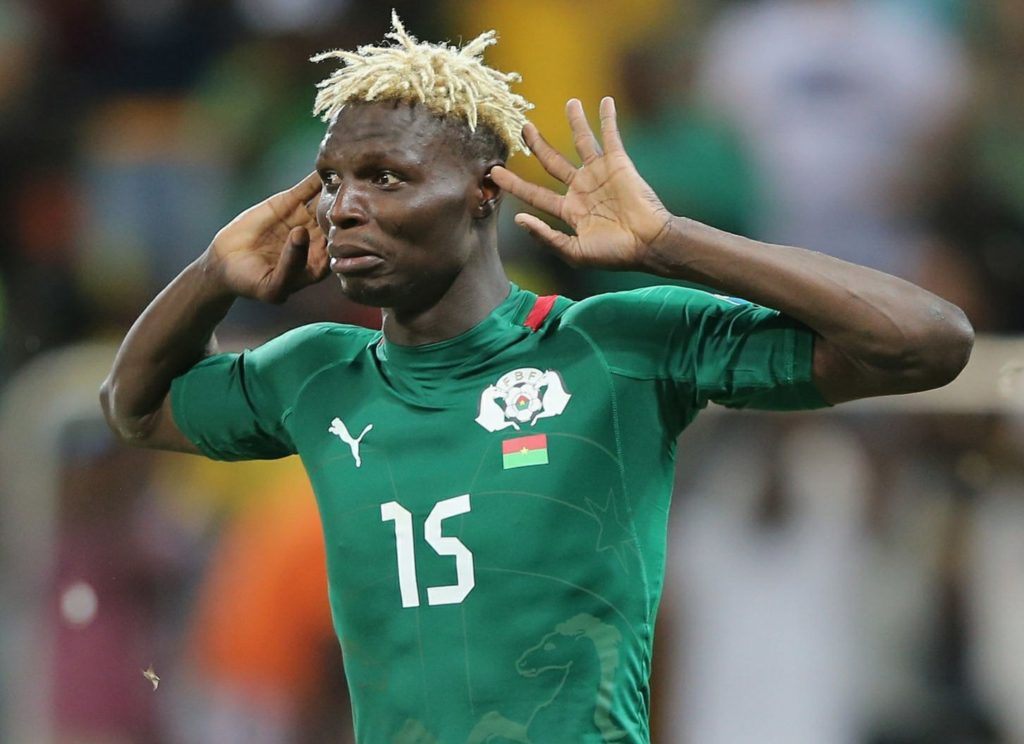 Burkina Faso star Aristide Bancé has announced his retirement from international football with the immediate effect.

Bancé announced his decision to call it quit from the national team on Tuesday.

The 35-year-old who currently plays for Guinean giants Horoya AC made his debut for the Stallions in 2003.

Bancé made 79 appearances and scored 24 goals in the process for the West African nation.

He has appeared for Burkina Faso at three Africa Cup of Nations tournaments, scoring both the team's goal and the winning kick in the penalty shootout in Stallions' semi-final defeat of Ghana at the 2013 edition to put the nation in the final for first time in its history.

Burkina Faso went on to lose the final to Nigeria and finish as runner-up.

At the 2017 Africa Cup of Nations, Bancé scored a crucial goal in his team's quarter-final against Tunisia and in the semi-final scored a late equaliser against Egypt to take the game to a penalty shootout.

Burkina Faso lost the shootout and eventually finished third overall in the cup, defeating Ghana in the third-place playoff.