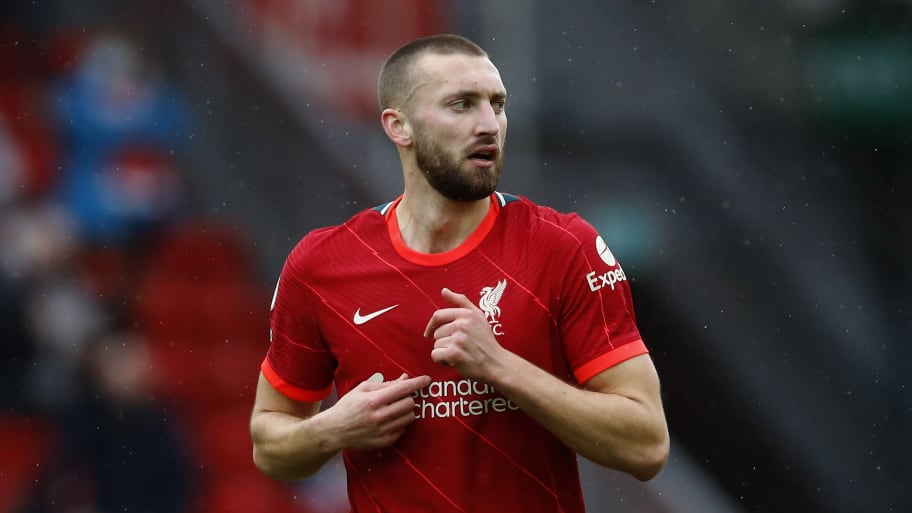 Nat Phillips is open to the idea of a move away from Liverpool this summer with a host of Premier League clubs including Burnley and Brighton alerted by the news of his availability.

The former Bolton defender stepped into the Reds' backline in their hour of need last season and helped the club secure Champions League qualification in the absence of first-choice centre-back pairing Virgil van Dijk and Joe Gomez.

The aforementioned duo were both ruled out for the majority of last season through injury, though with both working their way back to full fitness and the summer addition of Ibrahima Konate already confirmed, Phillips is aware his game time is likely to be limited and could look for a move away.

Goal report that, while Liverpool would be reluctant to sell the 24-year-old, they're open to sanctioning a move if the price is right.

Burnley and Brighton are frontrunners to secure his signature, but both Newcastle and Southampton have also lodged an interest in the centre-back who still has two years remaining on his deal at Anfield.

Phillips recently hinted that he's keen to ensure he gets enough game time to continue his development, though with a decision yet to be made over his future he's open to hearing what assurances - if any - Liverpool can make.

“The plan at the moment is to go back to Liverpool for pre-season and just go from there, really,” he said.

“In terms of Liverpool, they obviously play a huge amount of games every year. Game time is never guaranteed for anyone, but it would depend on whether there’s enough opportunity within those games for me, I guess.”

This article was originally published on 90min as Burnley and Brighton are frontrunners to sign Liverpool's Nat Phillips.