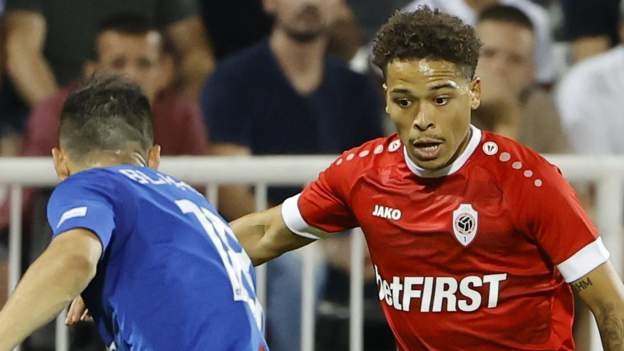 Boss Vincent Kompany is confident Burnley will come to an agreement with Royal Antwerp for the signing of winger Manuel Benson.

The 25-year-old former Belgium Under-21 international has been linked with the Clarets, and Antwerp boss Mark van Bommel expects the deal to ahead.

Benson has already played three games this season for the Reds, and has 24 goals in 197 career games.

"I have the same expectation as Mark," Kompany told BBC Radio Lancashire.

"He's a one versus one threat, it's harder to make the low blocks when you have someone like him beat a man.

"He can do that, he's got a final-third goal threat and he's got some pace which we needed to add to the team."