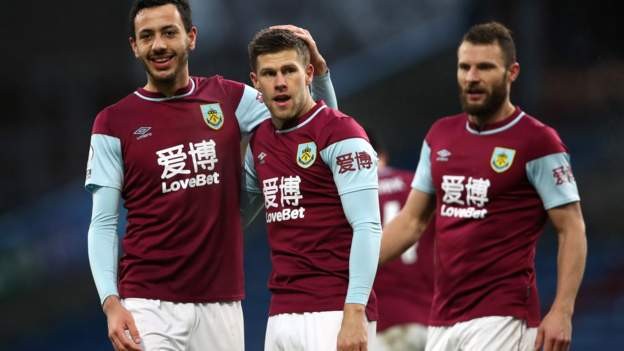 Burnley will allow up to 3,500 fans into Turf Moor free of charge for their final Premier League home game of the season against Liverpool on 19 May.

A limited number of fans will be able to return to stadiums from 17 May in line with the government's plan to ease lockdown restrictions in England.

An online ballot among season-ticket holders will decide who can attend.

Chairman Alan Pace said the gesture was a reward for the "incredible support" shown by the fans during the pandemic.

Supporters attending the game will be asked to go straight to their allocated seats and wear face masks throughout their time in the stadium, with staggered exit times in place after full-time.

The club is encouraging supporters who are successful in the ballot to make a donation to NHS charities if possible.

From 17 May, outdoor sports venues in England are due to be allowed up to 10,000 fans or 25% capacity, whichever figure is lower, with final UK government approval announced no later than 10 May.

All Premier League games have been behind closed doors since December, when a handful of games had up to 2,000 fans in attendance before the country went back into full lockdown.

Some pilot events, such as the Carabao Cup final at Wembley where Manchester City and Tottenham each had 2,000 fans in attendance, have since been held to test the safe return of spectators.