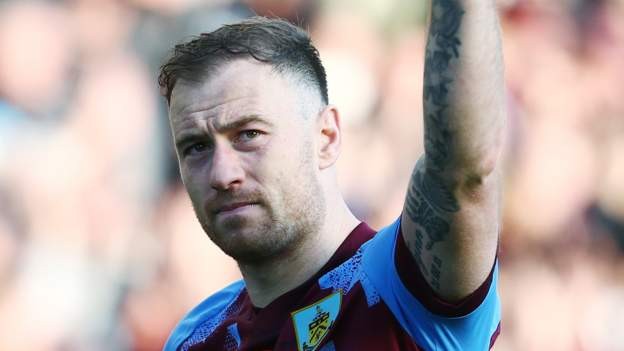 Burnley striker Ashley Barnes has been fined £7,500 for improper conduct after using "abusive or insulting" words in a post-match interview.

Barnes' comments came after he scored twice in their 3-0 derby win against Blackburn on 13 November.

The forward admitted a breach of FA Rule E3.1 during a hearing.

The Clarets' win was their biggest against their rivals since February 1965 and took them top of the Championship before the World Cup.