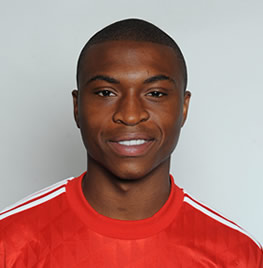 English League One side Bury are on the verge of securing the services of Liverpool winger David Amoo until the end of the season.

The 20-year-old has made nine appearances since joining the Shakers in September, scoring twice and, on Boxing Day, played a starring role in Bury's come-from-behind 3-1 win over Scunthorpe

"David's agreed and we're just waiting for their secretary to get back to us with the paperwork.

"With a bit of luck, that will be done and we'll have him until the end of the season. He's an important part of what we're trying to do.

"If you're going to win football matches, you need a bit of all sorts and you need someone like David who's just a bit different."