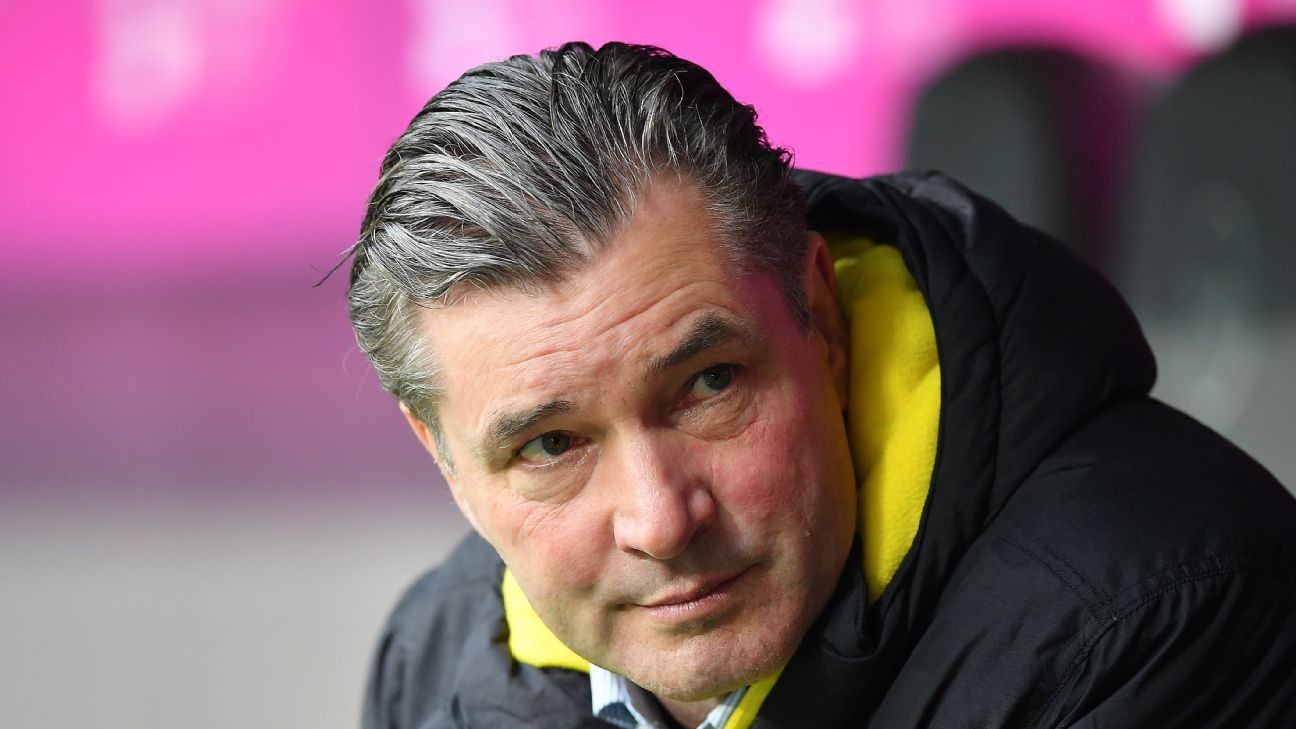 Borussia Dortmund chief Michael Zorc has hit back at former Bayern Munich president Uli Hoeness, who had called the club's transfer policy "not smart" in an interview with German broadsheet FAZ.

Hoeness had said that young players at Dortmund were regarded as nothing but an "object for sale" and couldn't commit to the club.

"When Dortmund buys a highly talented player and he plays well, you can hear only a few months later, either from within the club or from the outside, that he will eventually be an object for sale.

"How can a player take in the club's DNA 100% if he gets the impression that he is an object for sale?"

Zorc responded to the comments on Monday and said Bayern benefitted from having a larger budget.

"Those are pretty arrogant statements and some of them are also factually wrong," he told reporters.

"If you have €250 million more in your pocket every year, it is just easy to brag."

It was similar this year with Jude Bellingham a target for Bayern this summer, but the 17-year-old had already made up his mind to join Dortmund, sources have told ESPN.

Bayern have won the last eight Bundesliga titles and have a much higher turnover than Dortmund.