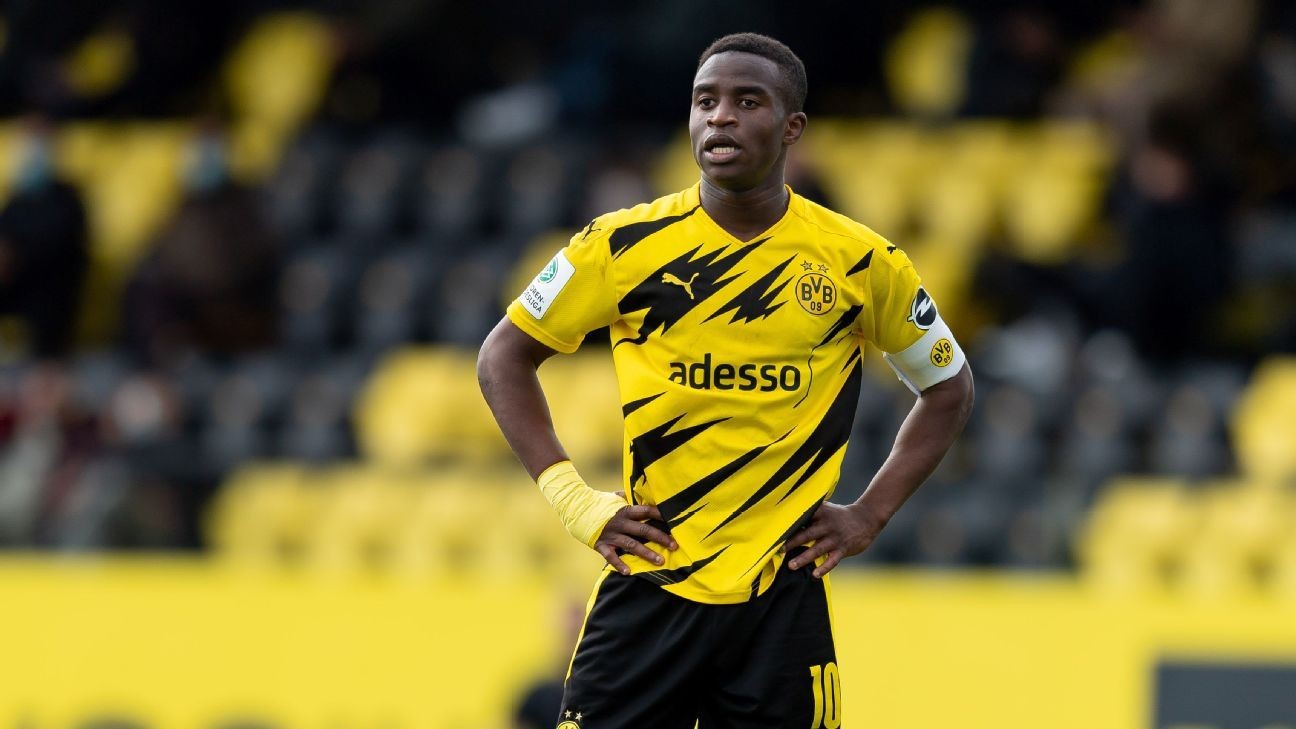 Youssoufa Moukoko, 16, made German football history on Saturday, becoming the Bundesliga's youngest ever player when he came on during Borussia Dortmund's match at Hertha Berlin.

Moukoko, who came on in the 85th minute, has broken the record previously held by Nuri Sahin who was 16 years, 11 months old when he featured for Dortmund against Wolfsburg in 2005.

The German side selected Moukoko for their Bundesliga squad this summer, but knew that they had to wait a few months for the player to be eligible to play for the senior squad. The teenager has been training with the club's senior team since August.

During his time with Dortmund's youth ranks he has scored 127 goals in 84 appearances and managed 26 assists.

Dortmund forward Erling Haaland called Moukoko the best 15 year-old he had ever seen during training in August.

"Moukoko is much better than I was at his age," he said to the Bundesliga's official website.

"The advantage for him is that he's already playing for Dortmund at the age of 15. At his age, I was still playing for my home town of Bryne."

Earlier this year Dortmund convinced the German football league to lower the minimum age in the country's top two divisions from 17 to 16.

The youngster has seen an emphatic rise in the club's youth ranks following his move from Bundesliga 2 side FC St. Pauli in 2016.

So rapid was Moukoko's development that the German FA decided they wouldn't select him for any more youth matches until this earlier year when he made his debut for Germany's under-20s.

"Why should I rule it out now? A lot can change over the next four months," Germany U21 coach Stefan Kuntz said last week when asked whether Moukoko could feature at the U21 European Championships.