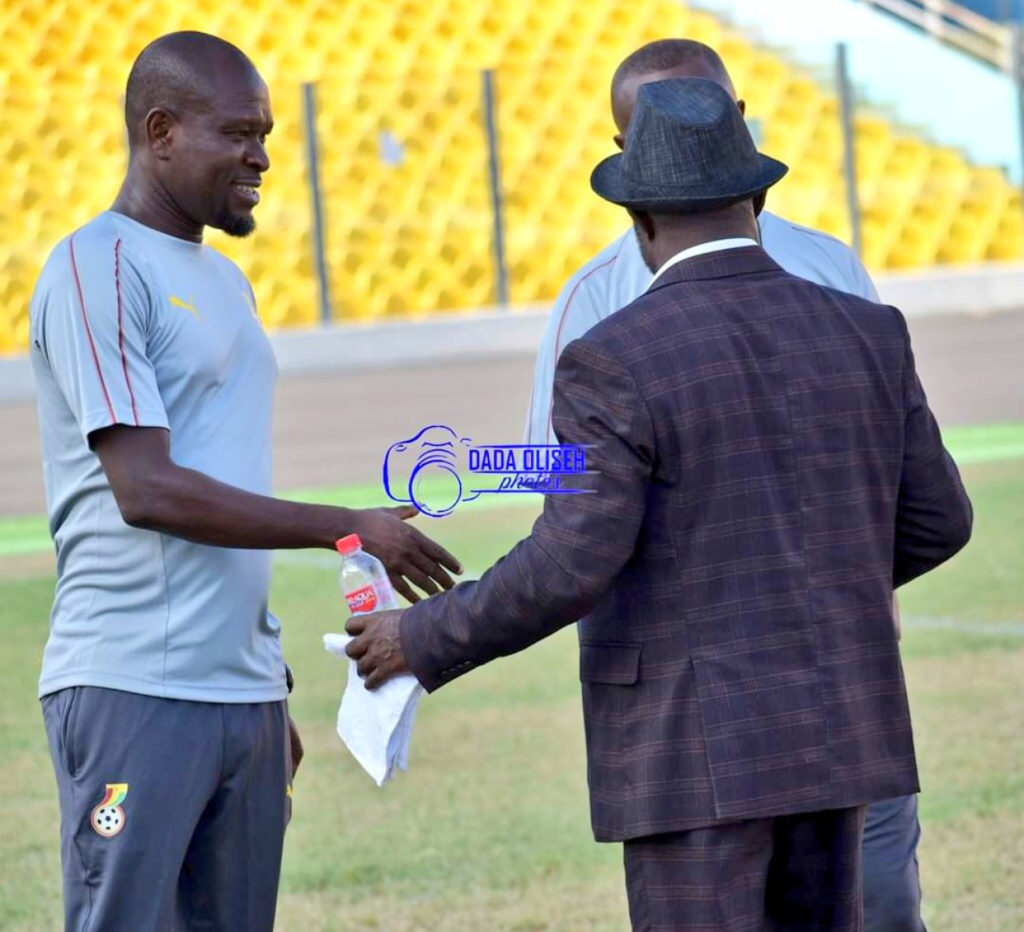 The former Hearts of Oak and Asante Kotoko manager replaced Ibrahim Tanko as deputy trainer late last month for the four-time Africa champions ahead of the two qualifying matches.

The 45-year-old made his first appearance at the team's training on Monday as they begin preparations for the two games.

Some of the other players who turned up for the first day of training are Jordan Ayew, Nuhu Adams, Samuel Owusu, Gideon Mensah, Tawrick Jebrin and the three goalkeepers Richard Ofori, Felix Annan and Razak Abalora.

Other players who turned up for training are Fataw Mohammed, Emmanuel Boateng, Patrick Twumasi, Shafiu Mumuni and Gideon Mensah.

Ghana will host South Africa at the Cape Coast Stadium on Thursday 14th November 2019, before traveling to São Tomé and Príncipe to face them on Monday 18th November.