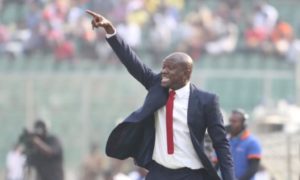 Coach CK Akonnor will drop a chunk of the players who formed the team under Kwesi Appiah in his first call up as Black Stars head coach next month.

The former Kotoko manager will look to build the team in his own image and has been planning an all clear exercise that will see some fresh faces and opportunity given to excelling players in the Ghana Premier League.

It is thought that players like Jonatahn Mensah, John Boye as well as Harrison Arful are all on their last legs with Akonnor looking for new blood, energy and verve to kick start his tenure.

Ghana’s legendary striker Asamoah Gyan will also be jettisoned as his age finally weighs on him, Gyan though will be given an opportunity to bid a proper farewell when he’s ready as the new GFA aim to avoid any bad blood.

Akonnor is currently in Europe where he’s held several meetings with skipper Andre Ayew, his brother Jordan and teammate Schlupp as well as the small playing Newcastle winger Christian Atsu.

He has also been pitching the idea of looking at British-Ghanaian players with little or no chance of playing for England to take the punt on the new look Black Stars he wants to build.

It is still unclear the playing philosophy the new coach will deploy but having heavily impressed tactically in the one match he was assistance to Kwesi Appiah, it is expected that he introduces a clear attacking plan with visible pattern of play that aims at breaking deep block sitting teams.

Akonnor is also desperate to stir off controversies having been shocked at the timing of Nii Odartey’s Lamptey’s recent interview recently where the former Anderlecht star said he was no longer friends with him.

Both worked together at Eleven Wise when Akonnor was coming up as a coach but have failed to see eye-to-eye since, with fire reports flying out that Akonnor had a relationship with Lamptey’s ex-wife. They have both denied the rumour.