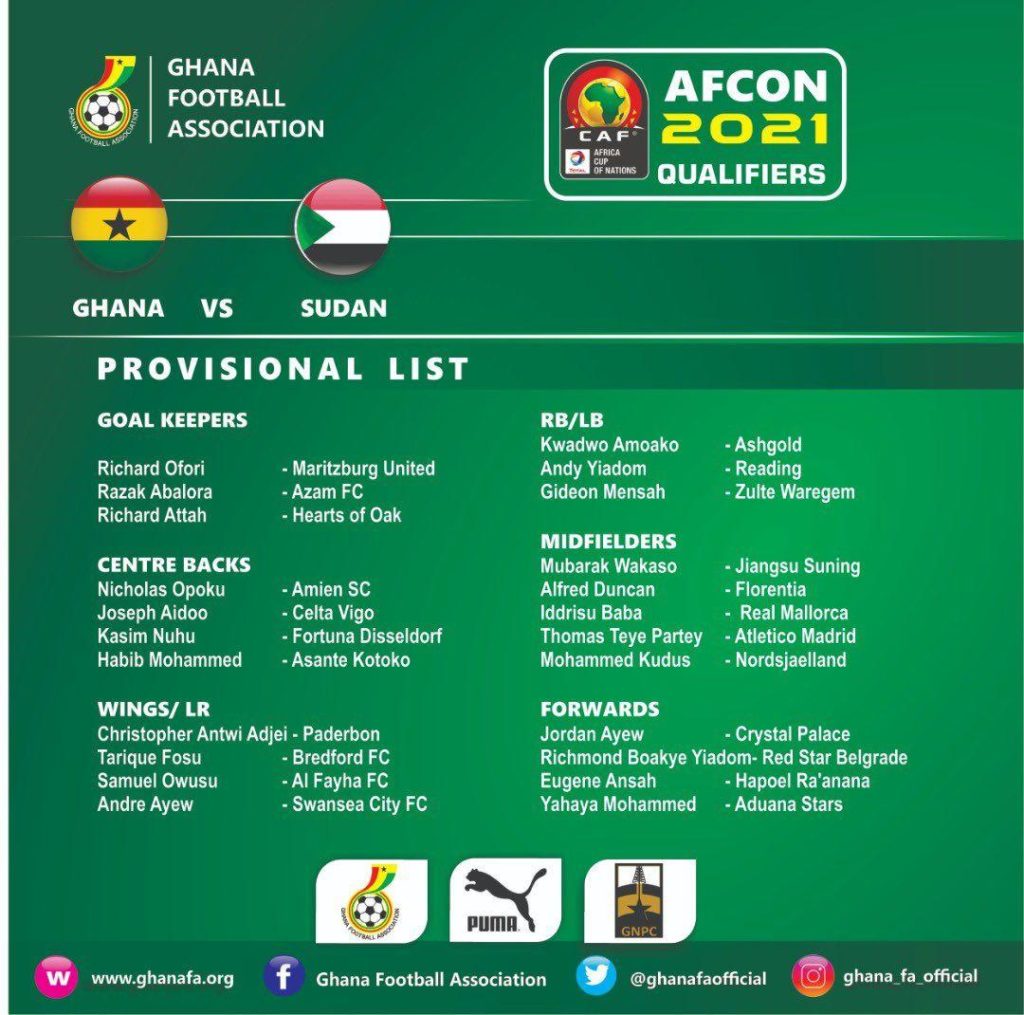 Ghana coach Charles Kwablan Akonnor could be forced to make changes to the squad he named for the Sudan game when the Nations Cup qualifiers resume.

The AFCON 2021 qualifiers was postponed due to the spread of the novel coronavirus, which has brought major sporting activities to halt worldwide.

Akonnor was preparing for his first international assignment as head coach of the Black Stars before the qualifiers were suspended.

The ex-Black Stars captained named five debutants including four local players for the game against Sudan.

But with the break in football, most of the players remain inactive and could contribute to the drop in form of some players.

Players are undertaking personal training in their homes and the gaffer will have to make sure the his team for the clash is very fit.

It is understood there will be changes to the team immediately a new date is announced by CAF for the AFCON 2021 qualifiers.

Ghana lead group C of the qualifiers after two wins in the first two games against South Africa and Sao Tome.