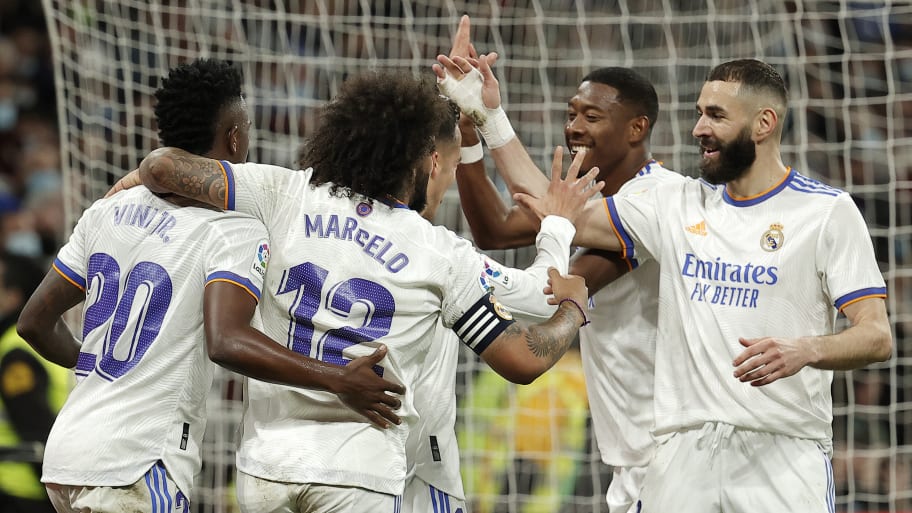 La Liga champions Real Madrid travel to southern Spain to face Cadiz in their penultimate league fixture of the campaign.

Carlo Ancelotti's side hit the goal trail in their 6-0 win in midweek to relegate Levante, with Vinicius Junior netting his first hat-trick for the club.

Cadiz, meanwhile, were comprehensively beaten by Real Sociedad last time out, although Sergio Gonzalez's side still sit two points clear of the drop after last weekend's win over Elche.

How to watch Cadiz vs Real Madrid on TV/live stream

Varazdat Haroyan is expected to return for Cadiz after the defender missed the 3-0 win over Elche with a shoulder injury.

Former Man City striker Alvaro Negredo opened the scoring last weekend, with the Spaniard having netted seven times for his side as they aim to secure survival in La Liga.

Ancelotti brought Vinicius Junior, Karim Benzema and Luka Modric back into the side from the Madrid Derby defeat in the 6-0 win over Levante, with the former netting a hat-trick.

The Italian will be keen to keep his side fresh with the Champions League final still over two weeks away, although the likes of Luka Jovic and Mariano Diaz could be given the nod this weekend.

The respective motivation levels of each side could not contrast any starker, with Cadiz fighting for their lives while Real Madrid have one eye on the final in Paris after sealing the La Liga title earlier this month.

Los Blancos underlined their devastating attacking prowess by relegating Levante in a 6-0 thrashing in midweek, and Cadiz will be hoping Ancelotti chooses to rest several of his key players for this one.

Still, Real should have too much for a Cadiz side who showed their stark defensive vulnerabilities in their midweek defeat to Real Sociedad.