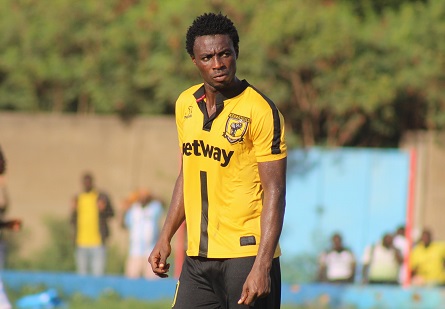 Ashantigold defender Eric Donkor believes the return of influential forward Shafiu Mumuni to the squad ahead of  their second leg CAF Confederation Cup game against Akonangui FC could make the difference.

The fearless attacker missed the first leg 1-1 draw in Equatorial Guinea after embarking on trials in South Africa.

However, the 24-year old is available for coach Ricardo da Rocha for Saturday's game as the Miners look to book a place in the next stage of the competition.

“Mumuni (Shafiu) is an inspiration to the team. He manages to lift the team up when the going gets tough and his presence will add more bite to our play upfront in Saturday’s game,” Donkor told CAFonline.com.

Ashantigold need a win or a scoreless draw to progress to the next phase of the competition.

The "Aboakese" lads have targeted the group stages of the CAF Confederations Cup.