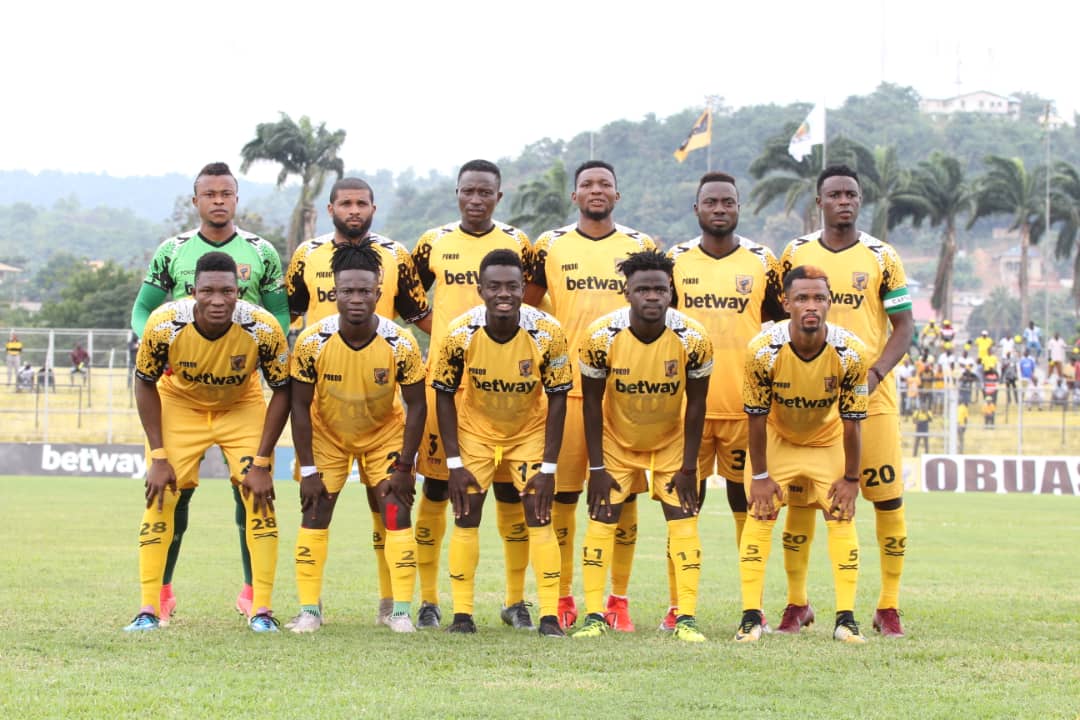 Shafiu Mumuni bagged a hat-trick in ten minutes as Ashantigold strolled to the next stage of the CAF Confederation Cup with a thumping win over Akonagui FC.

The 24-year old wasted no time in announcing his presence in the game after netting from the spot just a minute into the game.

He then took advantage of a defensive mishap to add the second five minutes later.

Mumuni then completed his hat-trick three minutes later as the miners took charge of the game.

Amos Addai also came close but the miners made sure they went into the break with the 3-0 lead.

After the break, the “Aboakese” lads could have added more but Akonangui were resolute in defense.

The miners were compact at the back as they prevent the away side from getting a consolation goal.

The win sees the miners through to the next stage, where they face Moroccan side RS Berkane.