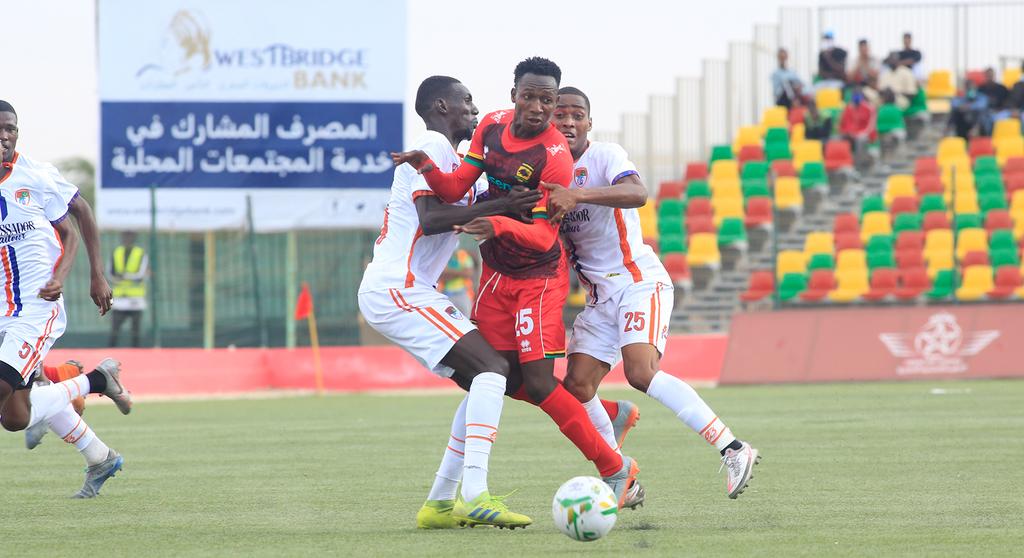 Ghanaian giants Asante Kotoko secured an important away result against Mauritanian side FC Nouadhibou in the first leg of the CAF Confederation Cup preliminary round on Sunday. The game ended 1-1.

Osman Ibrahim scored in the opening minutes of the game for Asante Kotoko as he latched onto a pass from Emmanuel Gyamfi on the edge of the penalty box and hit the ball into the right bottom corner.

The home side nearly came up with the equalizer a few minutes later but Kwame Baah was up to the task as he came up with a fine save.

FC Nouadhibou came up with the equalizer after the referee had awarded a penalty to the home side in the 21st minute.

Yusif Mubarik was adjudged to have handled the ball in the box of Asante Kotoko resulting to the penalty.

The club had reported it was a one-on-one tackle with his hands folded at his back and the ball hits his belly but the referee has whistled for a penalty.

The first half ended with both sides going into the break with a goal each.

After recess, Coach Maxwell Konadu introduced new signing Muniru Sulley and Evans Adomako to replace Osman Ibrahim and Emmanuel Keyekeh after both had picked up injuries in the first half.

Sulley Muniru got the chance to make his debut for the club in this game.

Both sides failed to convert their chances in the second half, sharing the spoils after regulation time.

The Porcupine Warriors will host the Mauritania champions in the reverse fixture in a week's time at the Accra Sports Stadium.