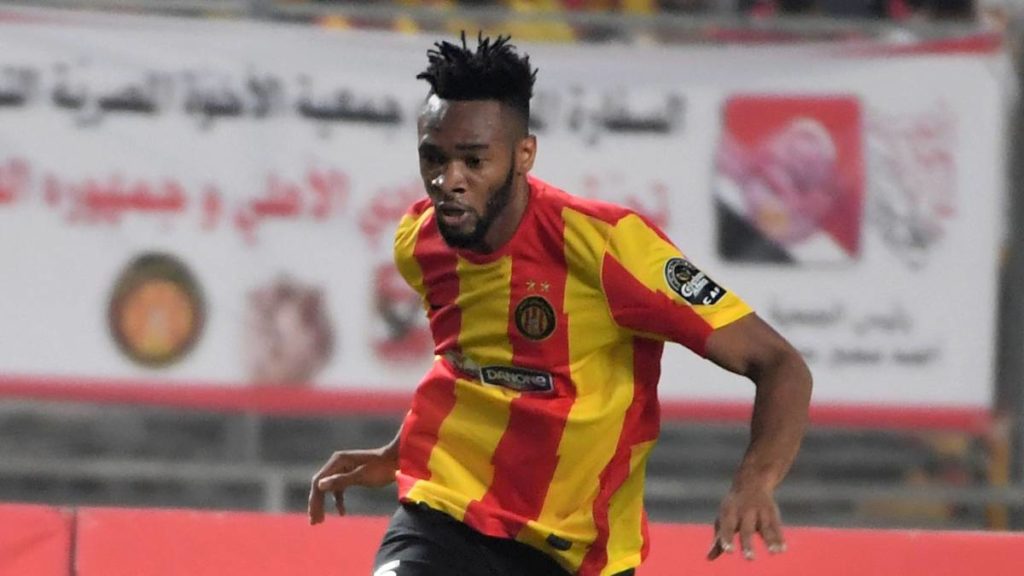 Holders Esperance de Tunis, managed to come out of the first leg of the Total CAF Champions League 2018/19 clash with a 1-1 draw against Wydad Athletic Club on Friday away in Rabat.

Both goals were signed by Ivorians as Fousseny Coulibaly scored Esperance’s goal in the first half while Cheick Comara was the man behind the equaliser in the second half for Wydad.

For the opening minutes of the game, the 2017 champions opted for the high pressure option. They were dominating the play in Esperance's half but the Tunisians held their ground every time and refused to budge.

On 21 minutes, Mohammed Ounnajem tried to penetrate the box but Ayman Ben Mohamed cut him off before he could proceed any further.

In a span of four minutes, three players were booked and will miss the return leg. Chamseddine Dhaouadi and Ghaylen Chaalali from Esperance, and Achraf Dari from Wydad.

The first actual attempt at scoring for the guests came in the 28th minute from Algerian Youcef Belaili but his free kick was cleared by the Moroccan defence.

On the half-hour mark, Ismail El Haddad's cross found Ounnajem but the latter's header was clumsy.

Five minutes to the halftime whistle, Belaili sets the Nigerian Junior Lukosa on the right track but Achraf Dari swoops the ball of his feet.

What’s a CAF Champions League final without some action, and action was plentiful in the last moments of the first half. A minute before time, Khalil Chammam executes the free kick from the right wing, Chaseddine Dhaouedi follows up with a header to the Ivorian Midfielder Fousseny Coulibaly. Coulibaly’s header was saved by goalkeeper Ahmed Tagnaouti but the midfielder follows it up with a shot that landed in the back of the net for the lead.

A minute later, Ayoub Amloud was left unattended to fire away at the equaliser. A short lived joy for the hosts when VAR was called and Gehad Gerisha called it off due to a handball on Ismail Haddad.

The defending champions headed to the dressing rooms on a 1-0 lead, which brought them back stronger in the second half.

Four minutes into the second part of the game, Wydad lost their midfielder and captain Brahim Nakach after a second booking saw him sent off.

Esperance were looking to double their lead while Wydad were desperately seeking the equaliser.

Three minutes to the hour mark, a melee arose at the Esperance penalty area, Michael Babatunde’s shot was blocked by Khalil Chammem and once again, VAR was called to settle the dispute but the verdict was no penalty. With luck on their side, Esperance kicked things into full throttle going all in for the second goal. Anice Badri shoots but the Wydad defence blocks the threat. The Cameroonian stallion Franck Kom continues the effort but Ahmed Tagnaouti saved it.

At the 83rd minute, Moez ben Cherifia gets booked and therefore misses the next game.

The last few moments were action packed as tension grew high with both teams looking to end on a positive note. Sameh Derbali showed his striking abilities with a cannon shot but Ahmed Tagnaouti dived foe the save.

Three minutes into the injury time, Ounnajem was head to head with Ben Cherifia but strangely missed the target when his shot flew over the post.

The battle for the champions league title will continue next Friday in Rades, Tunisia.

Reactions Faouzi Benzarti (Head Coach, Wydad) I had already said before the match that small details can be decisive. We have seen the two goals scored from two set pieces, which shows that it was not an easy game. Esperance is a great team. We had to make a huge effort to come back and score in the game. I would like to thank my players for the level they have shown despite having a player sent off.

Moine Chaabani (Head Coach, Esperance) We could have achieved a better result today. We were successful in the first half, but we failed in the second as we couldn't defend our 1-0 advantage. The winner is not yet decided. We are facing off a great team, having enough experience and a great coach. There is still another game for which we have to prepare well.