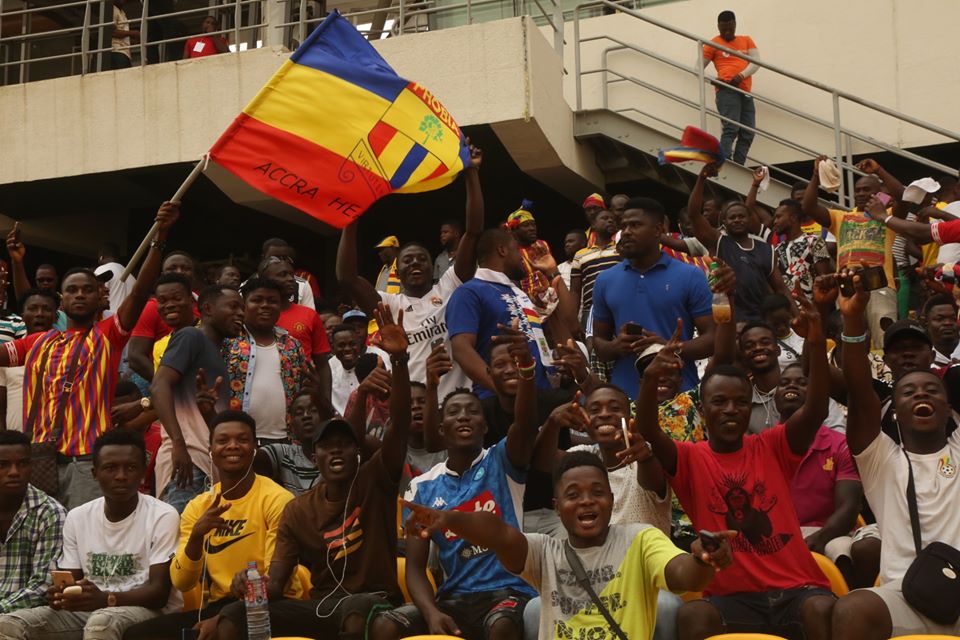 Hearts of Oak have written to the Confederation of African Football (CAF) requesting to have fans at the stadium for their match against Wydad Casablanca.

The Phobians host the Moroccan champions on Sunday in the first leg of the CAF Champions League second qualifying round.

Hearts were not allowed to have fans at the Accra Sports Stadium when they played CI Kamsar last month.

Despite playing in an empty stadium, Hearts scored two late goals to beat the Guinean side to advance to this stage of the competition.

However, this time they want their supporters to be at the stadium, and are confident CAF will approve their request.

This comes after CAF allowed fans into the stadium for Black Stars 3-1 win over Zimbabwe on Saturday.

The winner of the Hearts-Wydad match will progress to the group stage of the continent's elite club competition.