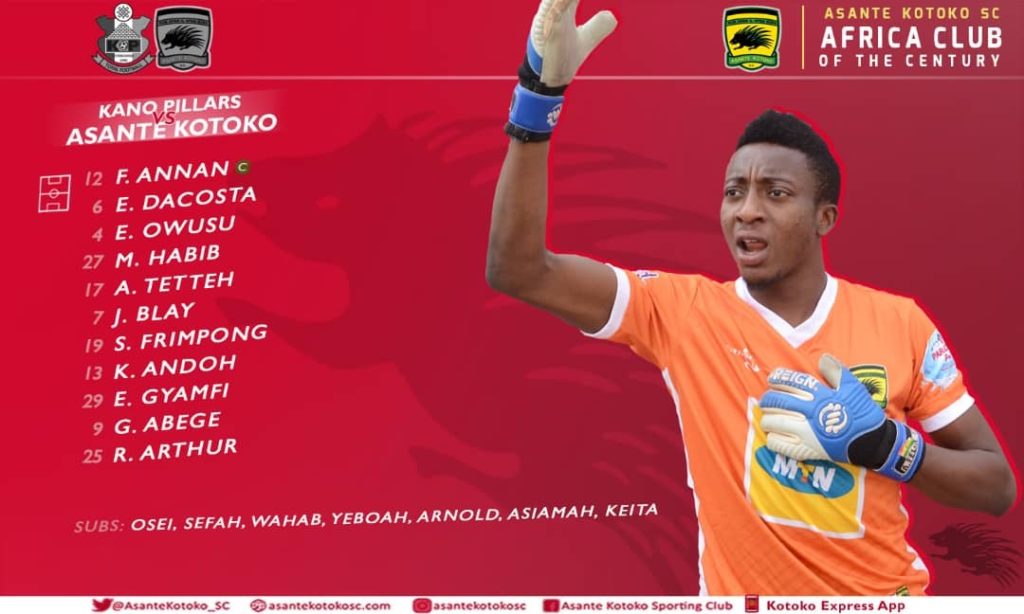 The Norwegian has picked Stephen Ayiku Tetteh to partner Habib Mohammed as centre backs with captain Felix Annan between the sticks.

A new face Empem Dascosta slots in at right back with enterprising Evans Owusu on the left.

Richard Arthur and George Abege will be leading the upfront for the team this afternoon in Kano.