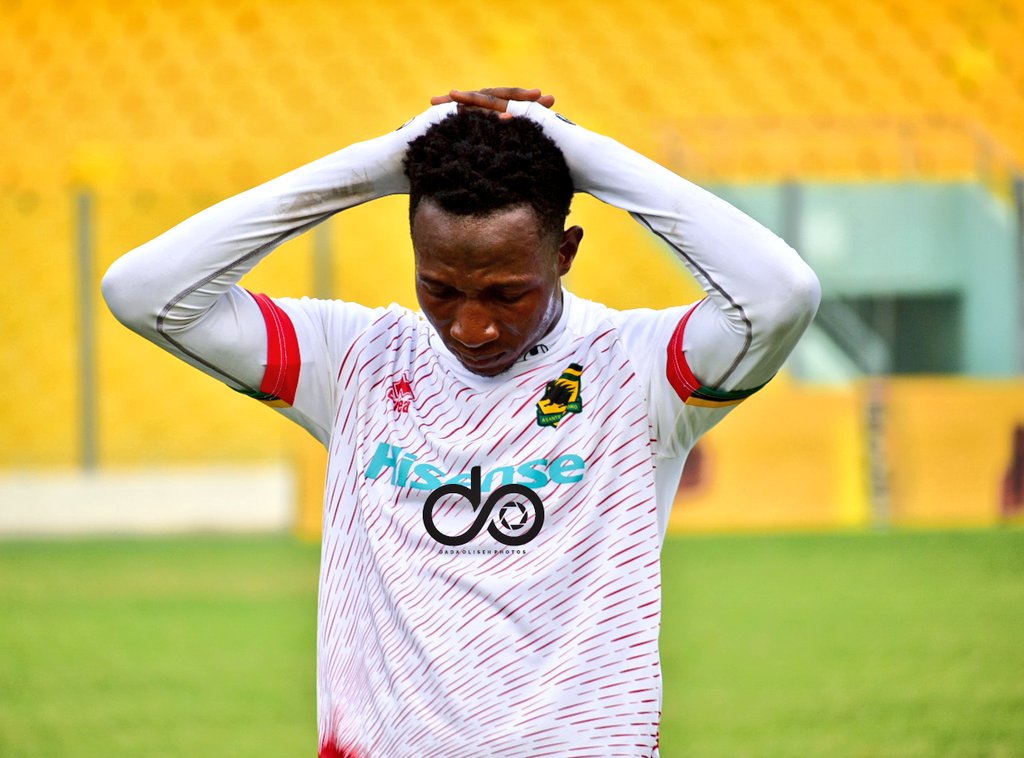 Asante Kotoko are on the brink of elimination from the Caf Champions League after a disappointing result in the first leg of their first-round tie against Al Hilal.

The Sudanese were the better side and deservedly secured a 1-0 win at an empty Accra Sports Stadium.

The winning goal was scored by Congolese forward Vinny Kombe Bongonga but they could have scored more had they been clinical in from of goal.

Kotoko, who were recently sacked their coach Maxwell Konadu, were the second-best on the day, failing to give the Sudanese giants a tough time despite having home advantage.

Interim coach Johnson Smith will be praying for a miracle in Sudan to overcome Hilal to reach the second round.

The return leg is scheduled for Oumdurman on January 5, 2021.

Kotoko made first real incursion with Christopher Nettey forcing a good save from Abu-Eshrein on eight minutes with a looping cross-cum-shot.

Hilal’s first chance fell to Mohammed Yussif, who with the goal at his mercy, shot wide from close range then Ibrahim Imoro's powerful long-range free-kick flashed off target.

Hilal were unlucky not to score the first goal in the 39th minute as Kotoko defender Wahab Adams reacted quickly to block a goal-bound effort by Waleed Bekhet from inside the box.

Few minutes after the break, Hilal goalkeeper Abu-Eshrein produced a diving save to prevent Kotoko from taking the lead through William Opoku's header.

Hilal got the breakthrough goal in the 77th minute with Bongoga scoring with a cool finish following a fine pass by Mohammed Ouattara.

Naby Keita was presented with an equalising opportunity on 85 minutes but the Guinean failed to keep his header on target.