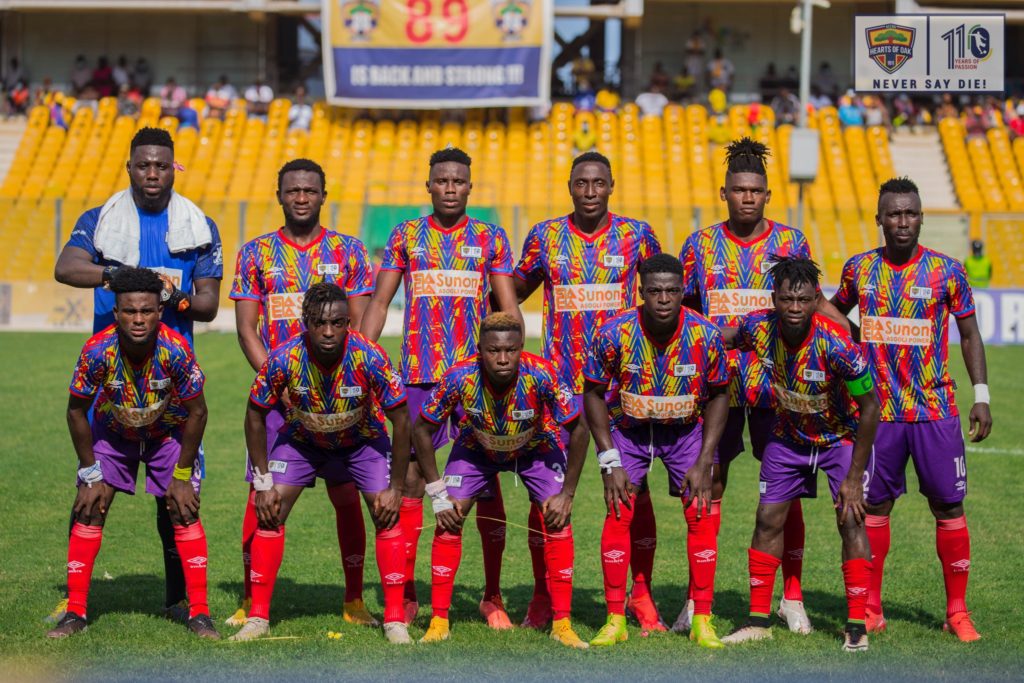 Hearts of Oak coach Samuel Boadu has named a strong 24-man squad for the return leg of their CAF Champions League clash against Wydad Athletic Club in Morocco.

Congolese defender Raddy Ovouka has been included in the squad after shaking an injury scare from the first leg.

Hearts will travel to Morocco on Thursday for the game on Sunday October 24, 2021.

The Phobians travel to North Africa with a slim advantage after beating Wydan Athletic Club 1-0 in Accra last Sunday. Isaac Mensah netted the only goal of the match.

An aggregate victory will see the winner progress to the Group stages of the 2021/22 CAF Champions League.

Below is a full list of the squad for the game