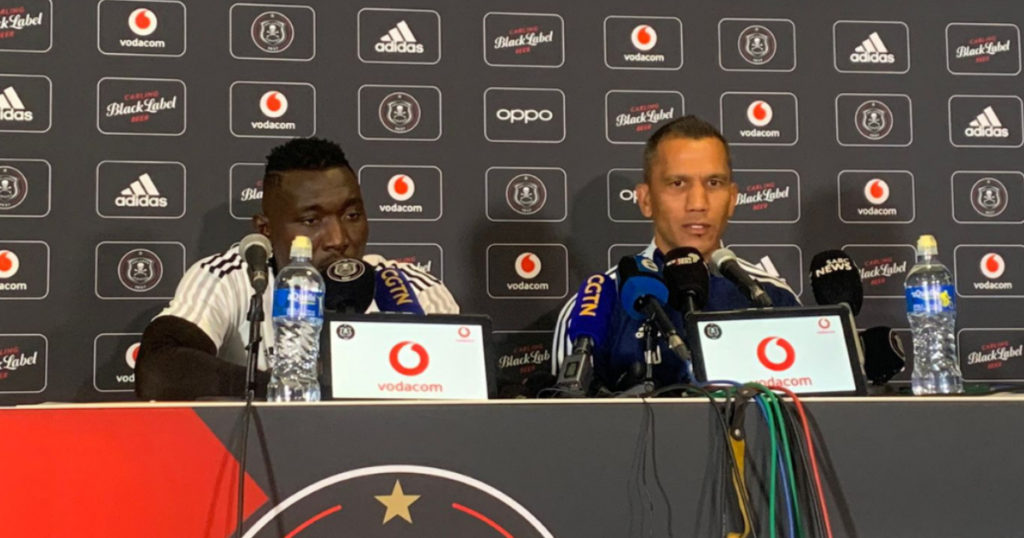 Orlando Pirates coach Fadlu Davids has revealed that Ghanaian goalkeeper Richard Ofori lost his cool and nearly fought his teammates after the defeat to Al Ahli Tripoli in the second leg of their CAF Confederation Cup semi-finals.

The South Africans still made it to the final after getting the job done in the first leg and will now face RS Berkane in the final on Friday in Nigeria.

Despite reaching the final, it took time for Ofori to get into celebratory mode.

“We made the final by losing 1-0. We came into the changing room and there were mixed emotions, Ofori wanted to hit all of our players in that moment, we had to calm him down, because we conceded a goal,” Davids said as quoted by iDiskiTimes.

“Goalkeepers as crazy as they are, they don’t like to concede and the mood in the change room after the match was perfect, in hindsight. It was not a lot of celebrations.

“Because the celebrations are for after the final, not for making the final. And that is the message and that is the mindset us as Orlando Pirates want to go into this final, get the job done. That’s the main message,” the former Maritzburg United head coach concluded.