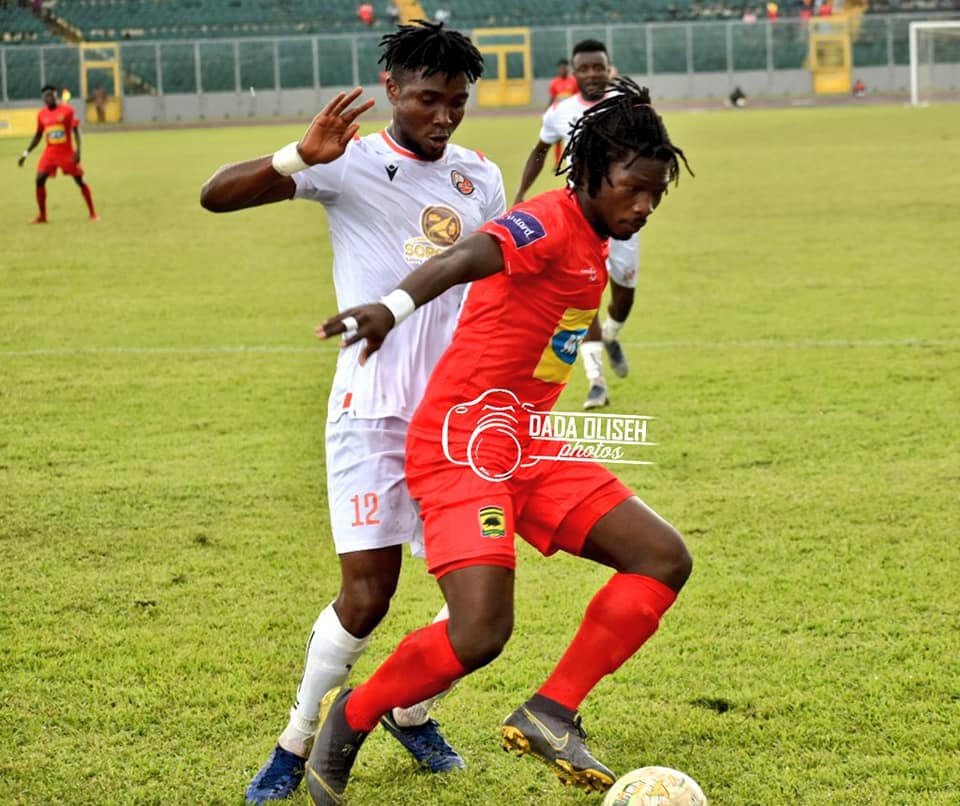 Asante Kotoko’s game against Ivorian side San Pedro in the first leg of the CAF Confederation Cup play-offs  will be played on Monday at 2pm at the Baba Yara Sports Stadium.

The game was rained off on Sunday after the pitch had become soggy due to the heavy downpour in Kumasi.

The South African referee had to call off the game after movement of the ball on the pitch had become difficult.

Both sides had failed to score a goal in the first half before the game was abrogated.

According to the rules governing the game, the game, The match will resume at the minute where it was interrupted (instead of being replayed in its entirely), and with the same score.

The match will resumes with the same players on the field and the same available substitution when the game was interrupted.

No further substitutions will be added to the summoned list of players.

Asante Kotoko will be hoping to pick a win in the first leg at home.