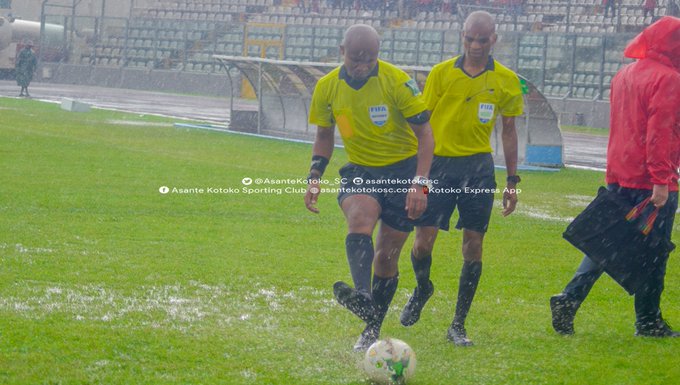 The game was stopped with the scoreline goalless.

It finished 0-0 at half time but the start of the second half was delayed by heavy downpour.

After more than 30 minutes, There was no improvement and standing water on the pitch meant the decision was taken to abandon the game.

Today's #CAFCC Playoff game against FC San-Pedro has been called off by the referee due to a heavy downpour in Kumasi. We will communicate details of the replay soon.#AKSC #KOTSAN pic.twitter.com/sG785vwIeu

It has not been confirmed when the match will be replayed.

The two teams are battling for a place in the group stage of the competition.