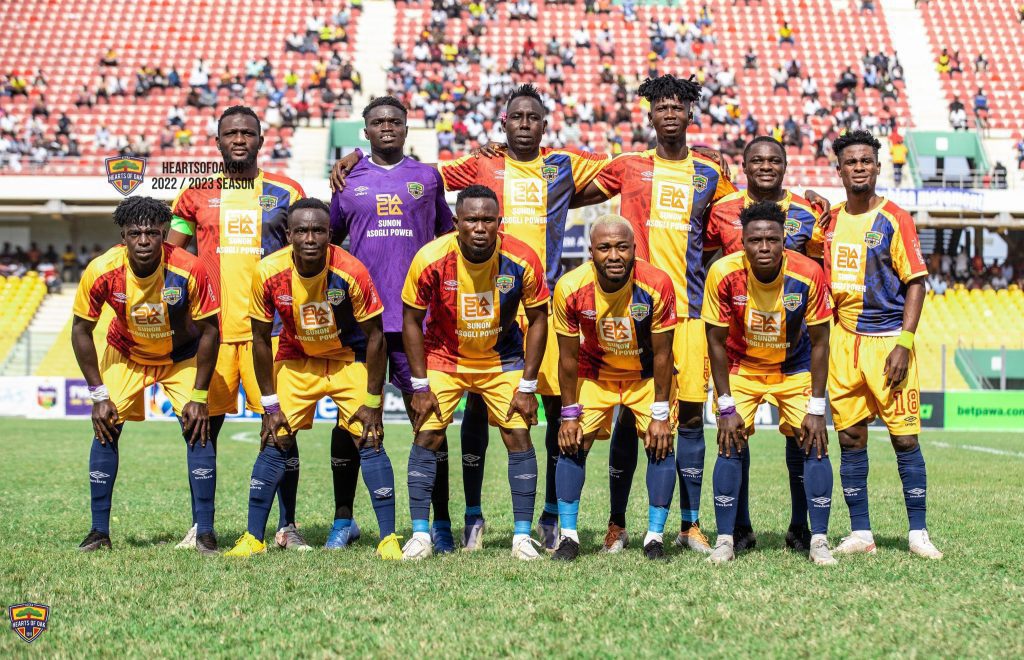 The Phobians take on the Malian side in the first leg of the second preliminary round of the competition on Saturday at the 26th March Stadium in Bamako.

The second leg of the tie comes off a week later at the Accra Sports Stadium.

Hearts were given a bye in the first preliminary round whilst Real de Bamako eliminated Burkina Faso club AS Douanes through post match penalty shootouts.

The Phobians are chasing the group stages of the Confederation Cup for the first time since in the inaugural edition in 2004 where they won the competition.

The winner of this tie will still have to clear another hurdle before making it to the group stages of the competition.

Star man Daniel Afriyie Barnieh who missed the league match against fiercest rivals Asante Kotoko SC a fortnight ago returns to the squad for the trip.

Barnieh was away with the Ghana national team for their two international friendlies against Brazil and Nicaragua last month.

Hearts will depart Ghana on Thursday to Cote d'Ivoire where they will do a transit before continuing the journey to Bamako.

The Rainbow club will have the chance to train at the match venue on Friday.

Below is the squad list for the Mali trip: