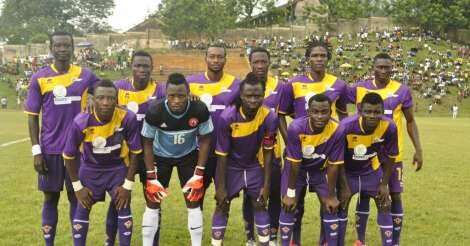 Medeama played out a goalless draw with MO Bejaia in the CAF confederation cup group phase clash at the Essipong stadium on Wednesday.

The Mauves were expected to atone for their opening day defeat at the hands of TP Mazembe against Bejaia.

But despite putting up a fine performance  they could not earn all spoils against the Algerians because they squandered a host of glaring chances.

Medeama thus have a point after two games and sit third on the Group A log, five points behind leaders Mazembe.

The Tarkwa-based club next assignment will be against Young Africans in Tanzania on July, 15.